Welcome to our new heyday columnists, natural-born-hosts and bon viveurs, Paul and Krysia Tadman, who were London-based, and working in high-pressure roles in the entertainment industry and legal profession, before completely changing the direction of their lives and moving to the Nouvelle Aquitaine region of South West France. They will be sharing tales of life in rural France, along with some great local recipes, skills, characters, and insights they have discovered along the way. (Names may have to be changed to protect the guilty!)

In the first of a series of insights into life in their fascinating, historic home, Le Logis de Limalonges, (for ‘Logis’, which is pronounced with a soft ‘g’, read ‘mansion’) Paul sets the scene… 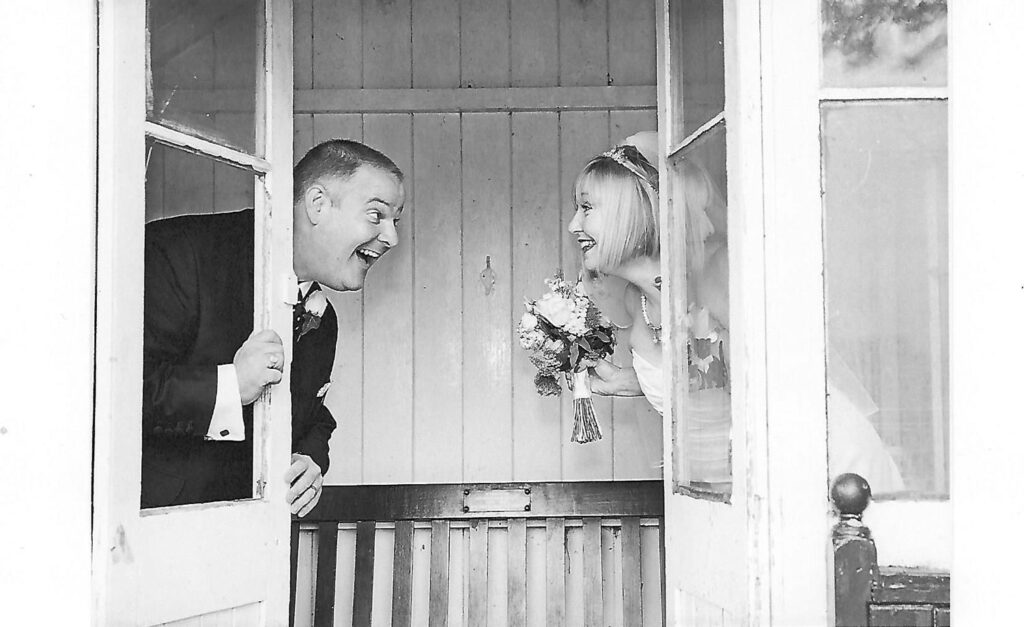 London, January 2015:  It was a wet and dismal Sunday afternoon in South London. The wind outside forced the driving rain sideways and it battered against the house. Inside, the window panes ran with condensation caused by the steam rising from seemingly endless piles of glasses and crockery being washed up in the butler sink.

The dishwasher beeped the end of yet another cycle, as the washing machine finished a poor second. As it slowly wound down to a stop, you could be forgiven for imagining it was exhausted from processing a mountain of table cloths and napkins.

Our kitchen had always been the party room.

Krysia is an accomplished cook, so the previous evening the kitchen island had become a temporary bar and serving area for an array of culinary delights for a homemade tapas banquet, in celebration of my wife’s birthday, and spent with a large gathering of friends and relatives. More than a little Spanish wine had been taken, and undoubtedly rather a lot of French wine too!

Chores done and still not ‘feeling entirely at our best’, we settled in our snug. I had put a few more logs into the wood burner and soon the room was warm and toasty. Thoughts of the rain, which continued its frantic dance on the windows, drifted away as we were mesmerized by the flames.

We began watching a re-run of one of those relocation TV shows, where a couple were finding it hard to choose between Northern Wales or South-Western France. They eventually chose Wales.

“I’d rather live in France!” announced Krysia, emphatically. Neither of us had ever broached this subject before, but Krysia went on to reveal that she had wanted to live in France since her 20s, and I told her I had loved France since I visited the Loire Valley in my mid-teens on two school exchange trips.

The hustle and bustle of London was losing the allure it had held in our youth, and with the implications of the UK moving away from European unity now on the cards, we had got to the stage where the time was right to create a new life for ourselves and make the leap of faith. We looked at each other as recognition of an attainable shared dream dawned, and Krysia grabbed the laptop to begin a property search.

Krysia and I first met in Surrey, in 2010. The planets must have been in alignment that night.

Krysia was a lawyer and had been building her own successful legal practice since her early twenties, and I was a television actor and musician, playing bass with a range of artists including Madness, Clive Langer, and Rhoda Dakar.

Krysia had been widowed the year before, and her friends had rallied round and wanted to take her out for the evening to a music venue. Despite the band playing her beloved Soul music, Krysia really didn’t want to go.  Her business partner and a friend had taken her out for lunch that day, and convinced that she was going to meet someone new that night, teased her that garlic was very much off the menu!

By complete coincidence, my then flatmate had been trying, for weeks, to convince me to attend the same gig. I also love Soul music, but was another reluctant attendee, as I had recently been knocked off my Vespa, en route to an acting job in London. I had managed to ride home and get myself to a hospital where they put my arm in a cast.

At the gig, my flatmate had disappeared and was chatting to a girl he knew (which was, I think, the real reason he was so insistent on us going!) I sat nursing a broken arm, at an empty table, watching a band play their interpretation of Tamla Motown.

Krysia was part of a group of friends who asked if they could share my table. Krysia sat next to me and noticed my arm in a cast. She asked what had happened and when I told her I had an accident on my Vespa, she asked if I was “some kind of old Mod”!  Well, the night moved on and we had so much in common. To cut a long story short, we became engaged a year later and married in 2014.

Having got together in our late 40s and early 50s we were keen to spend more time together, so we knew we wanted to consider semi-retirement, but the thrill of meeting new people and hosting events was still calling us.  It suddenly struck us that running a gite business in France seemed to be the perfect solution.

It was a ‘lightbulb moment’ that kicked-off a two-and-a-half-year search, which started in Northern France, stretching through Picardie, Normandie and Bretagne, before finally focusing (after Krysia had spotted a piece about city breaks in Poitiers in The Observer) on what was then known as ‘Poitou-Charente’, in South Western France.

Inevitably, concerns about freedom of movement became part of the overall consideration, but it didn’t change our minds in any way, and if anything, we became all the more determined to follow our European dream.

We moved into Le Logis de Limalonges in 2017 and haven’t looked back.

We can’t wait to share our adventures with you.

AND FREDDIE CAME TOO… DOWNSIZING WITH PETS
Dawn Harker July 17, 2020