I wonder if Lake Constance suffers from an identity crisis? Ask where it is and the answer is Germany, Austria, Switzerland and, at a stretch, Liechtenstein. It’s a fascinating scenario and I was keen to explore this area known as Bodensee.

Efficient Meet & Greet parking at Heathrow meant that I was soon on my flight to Zurich from where a short train ride took me to the city of Konstanz in Germany. It’s a lovely mix of old and new, the peaceful, almost deserted historic sector, with its stunning cathedral whose foundations date back to the seventh century, are in stark contrast to the bustling modern city.

The much-photographed harbour is dominated by the 30 foot (9m) revolving statue of Imperia. This scantily-dressed, busty prostitute holds in her hands miniature sculptures of a naked Pope Martin V and Holy Roman Emperor Sigismund. It’s a sly dig at the morals of Church and State at the time of the Council of Constance that took place between 1414 and 1418. The statue was erected in secret in 1993 and aroused a horrified response from the city’s officials. However, as the harbour is owned by the rail company there was nothing they could do about it.

I stayed at the nearby Steigenberger Inselhotel, originally a 13th century cloistered Dominican monastery with links to the historic Council of Constance. It was converted to a hotel in 1875 by Count Eberhard von Zeppelin who had the original frescoes restored, and it was the birthplace of Ferdinand Graf von Zeppelin, the designer of the famous airships. The elegant hotel holds pride of place on the lakeside. 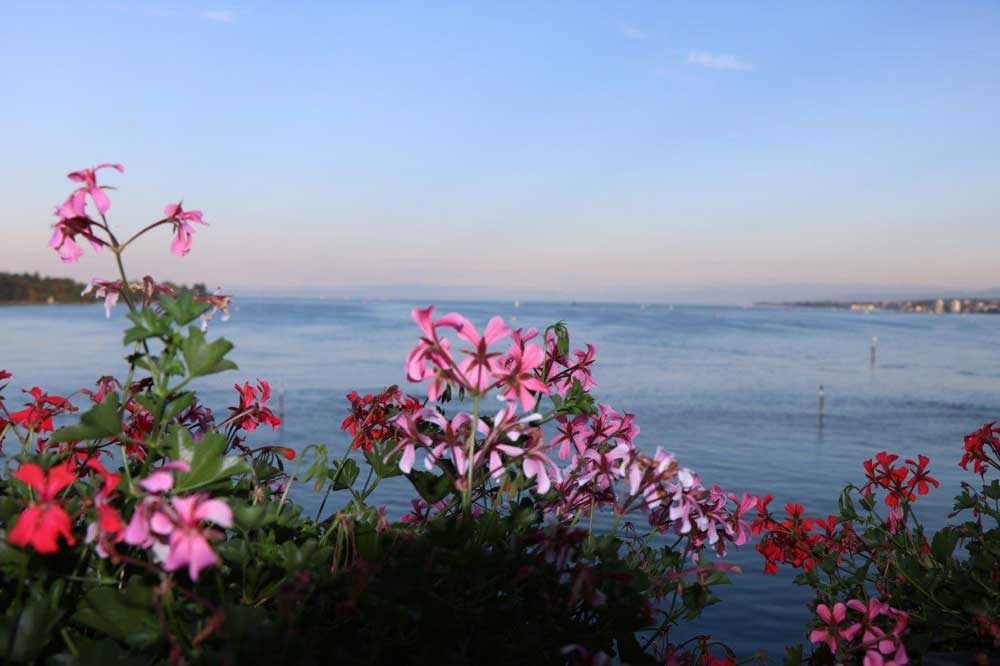 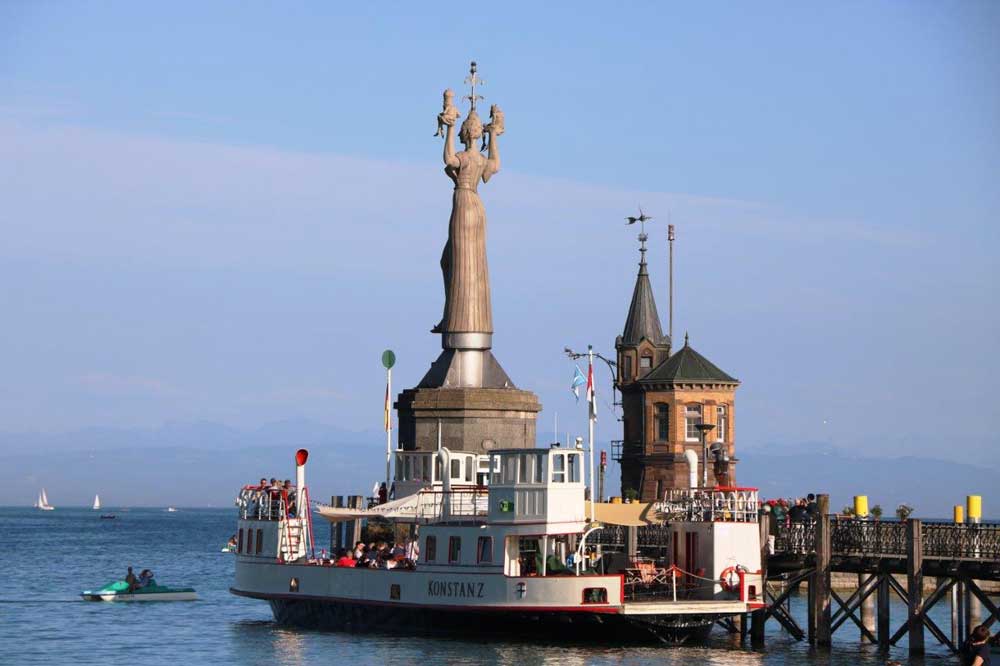 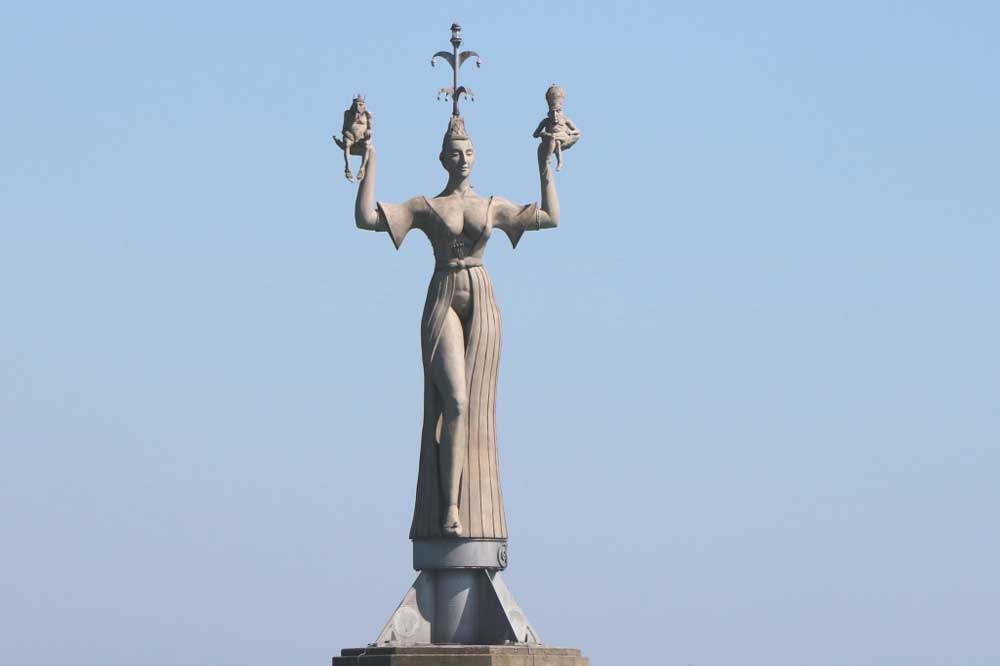 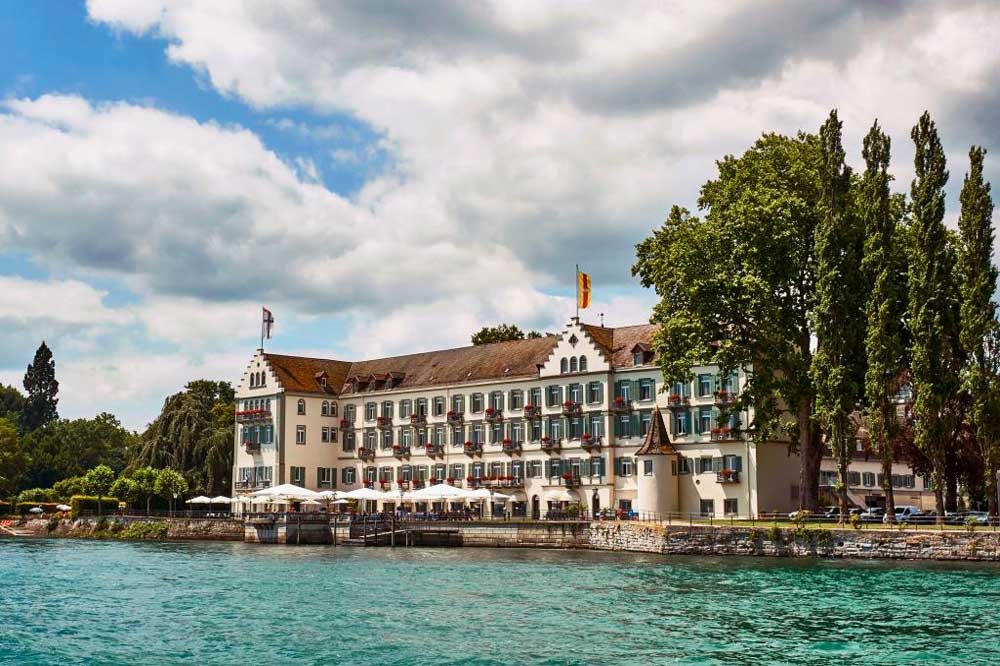 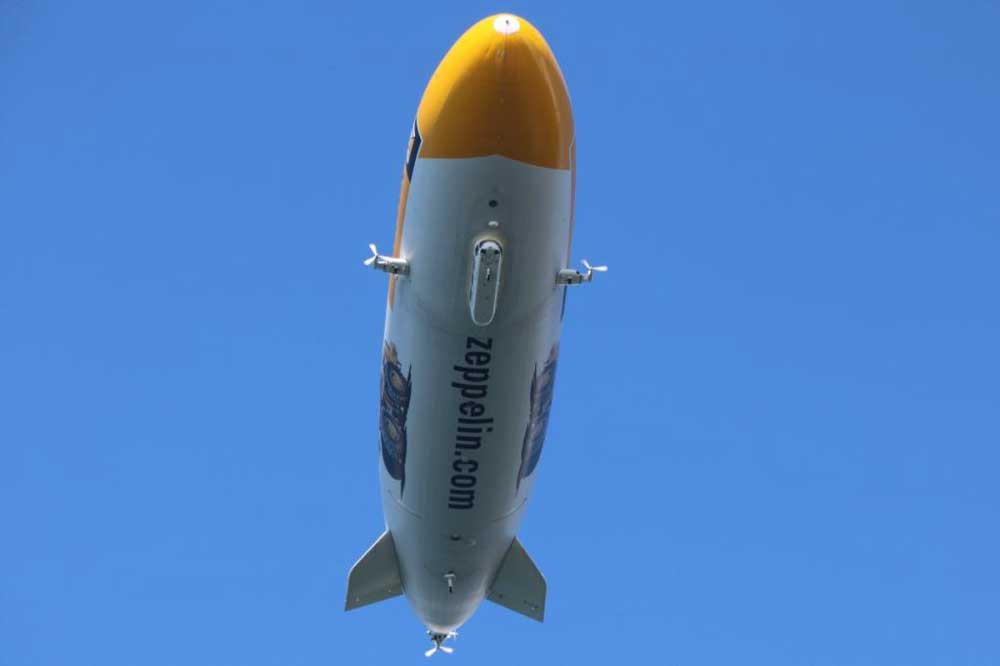 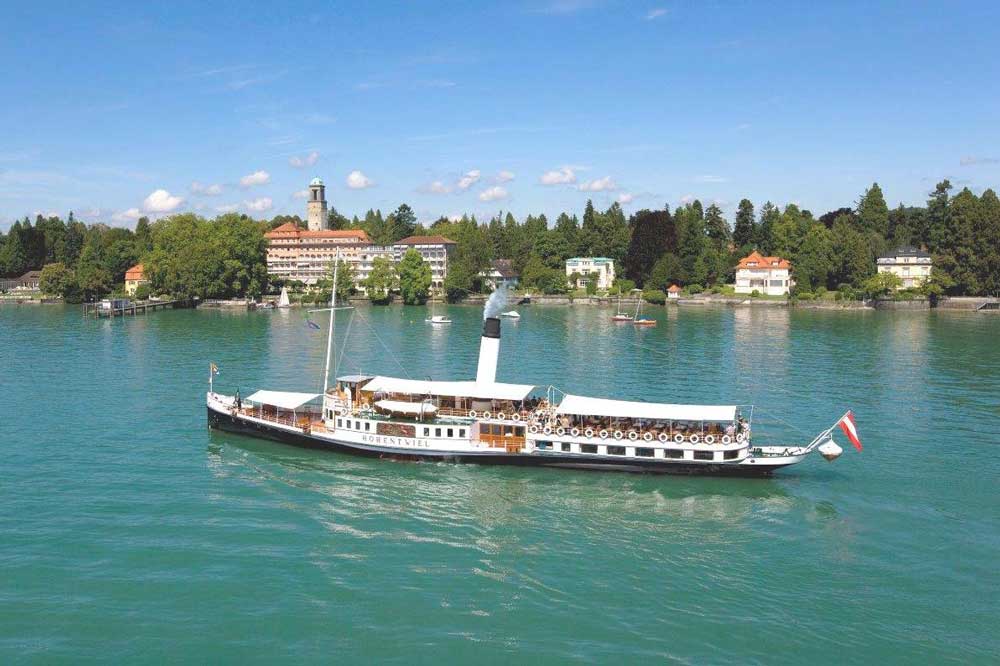 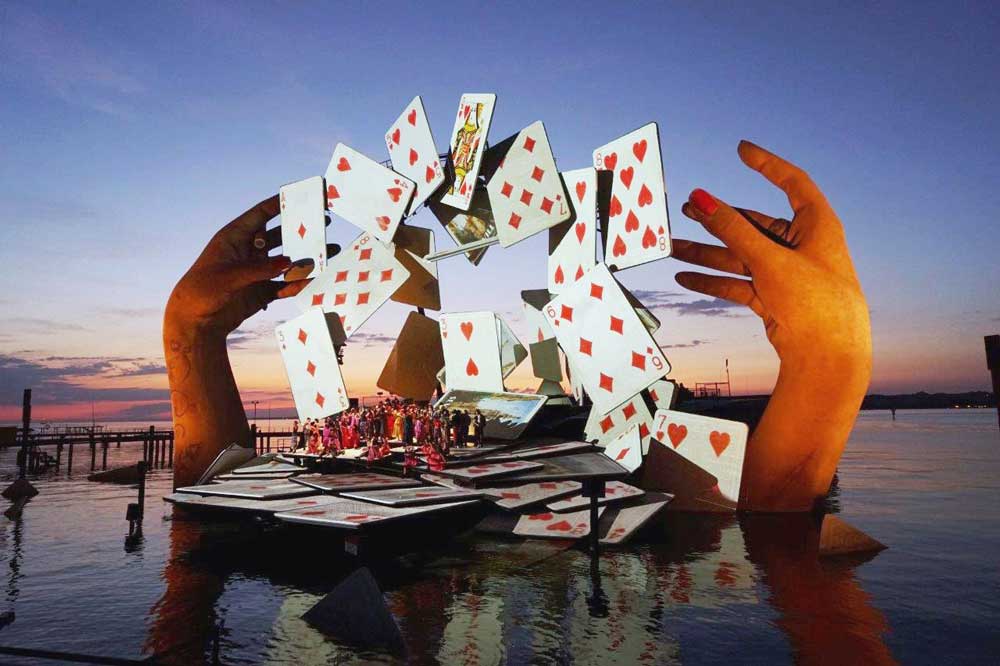 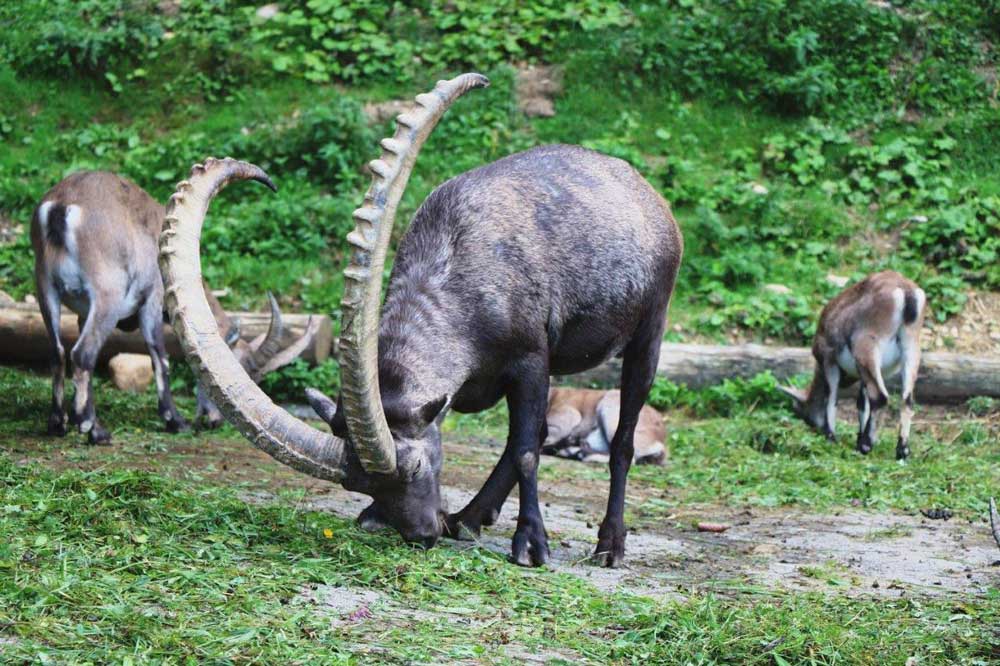 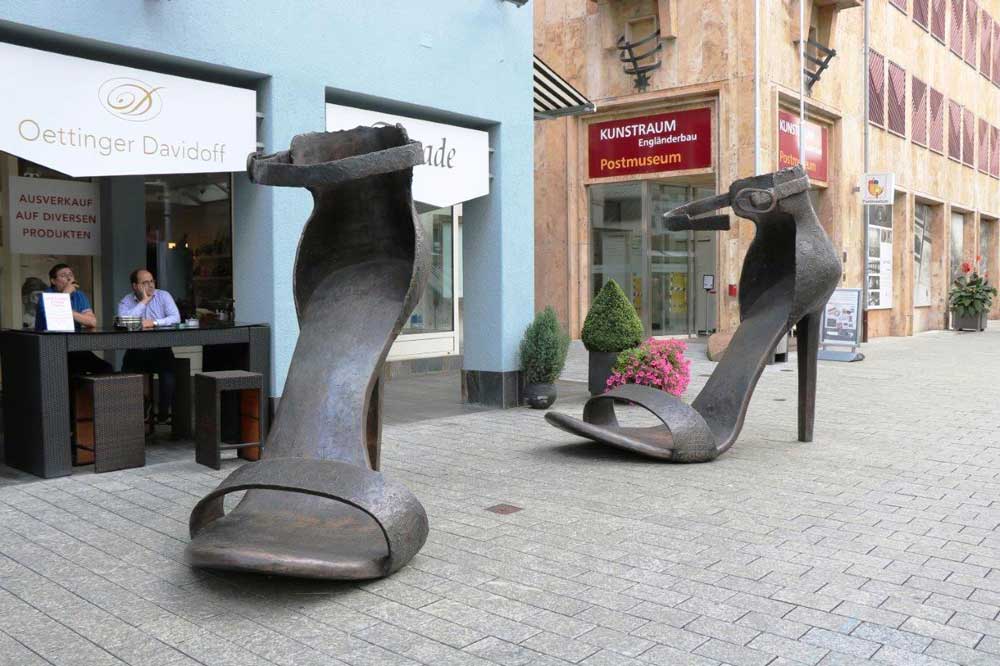 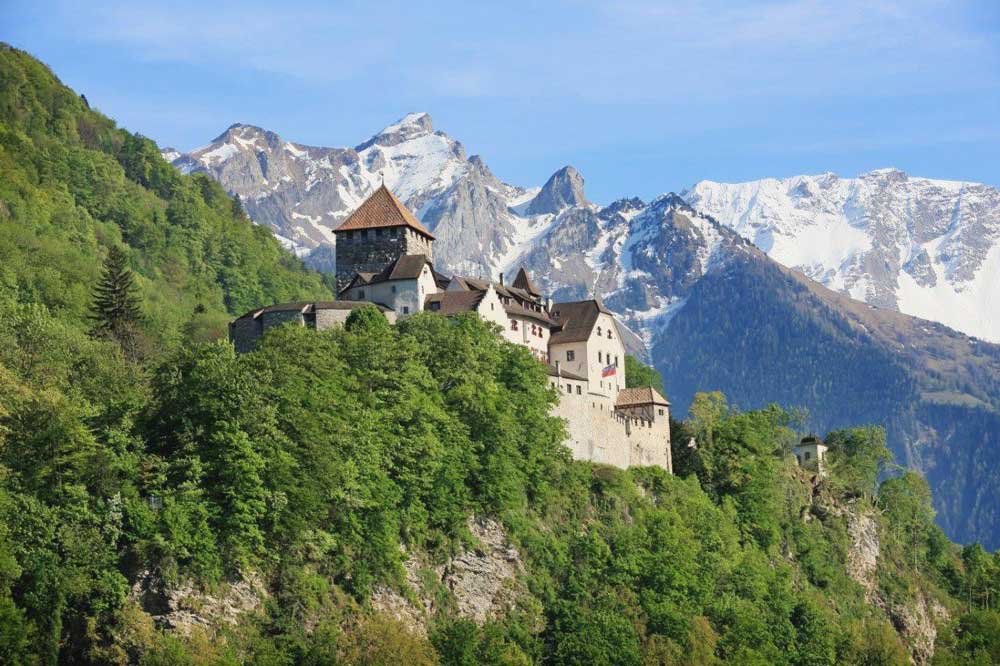 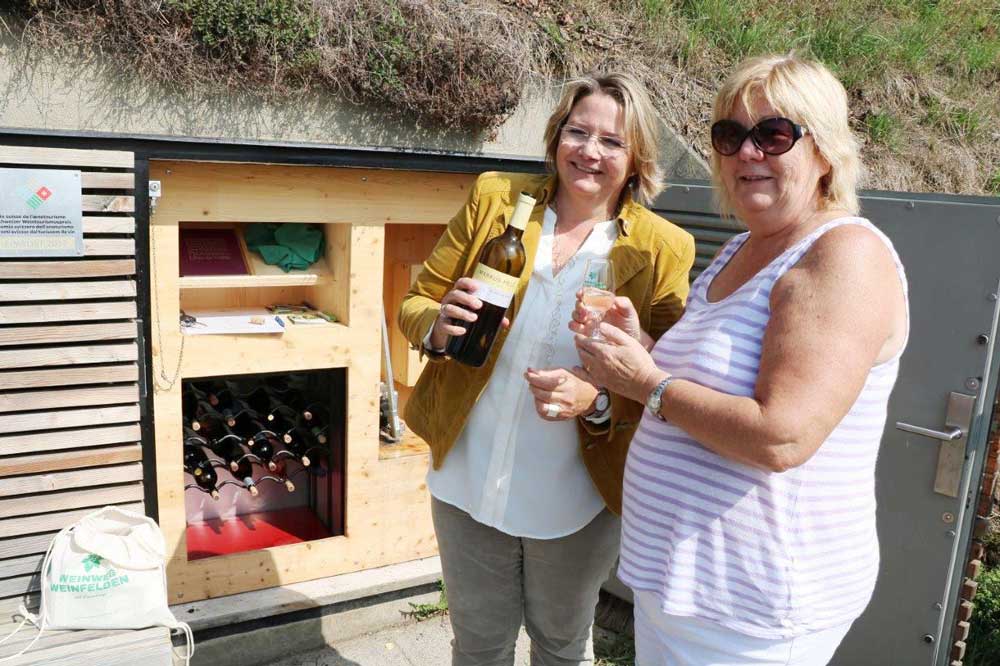 After breakfast on the terrace I headed out to Tettnang. My route took me past the small airport at Friedrichshafen, home of the current Zeppelins. At 75m long they are a quarter of the size of the original version and are powered by electric motors. There’s room for 12 passengers and two pilots and sightseeing flights range from 30 minutes to two hours. It’s certainly a unique experience.

Hopfengut, near Tettnang, is a producer of fine hops for the brewing trade. I learned that hops are the fastest-growing plants in Europe, coming second only to Japanese bamboo. The first shoots are wound clockwise around wires suspended from a frame. They won’t grow anti-clockwise and if they are wound the wrong way they will unravel and die. Strictly in the interests of research I sampled a selection of the brewery’s delightful products and savoured a traditional lunch in the restaurant before setting off again to Hard in Austria.

This quiet town is home to the Hohentwiel, a beautifully restored royal paddle steamer dating back to 1913. The ship offers lake sailings and gourmet five-course dinners along with entertainment by talented musicians. It was so enjoyable that no-one noticed we had arrived back at our starting point, and the generous hospitality continued.

Next morning a short drive took me to Bregenz. It has the world’s largest floating stage, an enormous structure which each summer puts on a major operatic production watched by up to seven thousand people seated on the lake shore. The waterside setting adds a special atmosphere to the evening.

From there I took the Cable Car Pfander to the top of the nearby mountain. The vistas were stunning but there is so much more to do than admire the view. Local wildlife includes deer, wild boar and ibex. There are a number of hiking trails including a mountain trail taking in three peaks, and a cheese trail. Later, I enjoyed a delicious lakeside lunch before setting off for country number three, Liechtenstein.

This tiny state with a population of just 38,500 is amongst the richest in the world. However it wasn’t always this way. In 1938 Prince Franz Joseph moved from Vienna to Liechtenstein following the annexation of Austria by Germany; by the end of WWII the country was in dire financial straits. The prince sold a number of works of art to raise finance for the country. One, a painting by Leonardo da Vinci, was sold for today’s equivalent of 50 million dollars. The prosperous nature of the country and its inhabitants is down to the Royal Family’s efforts and the current prince is deservedly a popular ruler.

The royal family live in a castle perched dramatically on a high rocky outcrop in Vaduz, the capital. Below, on the pedestrian main street full of statues and art, the Treasure Chamber is a must for visitors. It houses not only the crown jewels and an amazing collection of old armoury, but one of Faberge’s famous Easter Eggs. The country was unique in having a vacuum facility capable of testing the moon landing vehicle and in gratitude NASA presented it with a moon rock which is also on display. For those wanting a rare Liechtenstein stamp in their passport, the nearby tourist office is happy to oblige.

My final day took me to Weinfelden and my fourth country, Switzerland, where I sampled a wine trail through the vineyards. The trail starts at the railway station where visitors can buy special rucksacks which include a map, wine glass and a code to access the wine vaults positioned along the route to sample the local produce; a great way to finish my trip.

The four countries of Lake Constance deliver an enticing variety of great food and wine, lovely scenery and many fascinating attractions. It’s certainly an area worth visiting.

The Bodensee Pass, valid for three, seven or fourteen days, gives visitors free access to many attractions and an option to include the use of the lake’s ferries. For more information visit bodensee.eu/en Holiday Extras offers trusted Meet and Greet and other services at all major UK airports. To book, call 0800 1313 777 or visit HolidayExtras.com

Previous Article
LINDA LUSARDI HAS A ZEST FOR LIFE!
Next Article
CASE STUDY