WE TAKE A ‘BREAK’ WITH STARS TERRI DWYER AND DAVID YIP

The first UK film to release through a ‘drive-in’, Break is a British independent thriller, with a stellar cast including TV sensation Terri Dwyer and international actor, David Yip, and the late Hollywood legend, Rutger Hauer, in his final screen role. Lynda Clark caught up with Terri and David to find out what the film is all about and how they have been affected by Covid-19 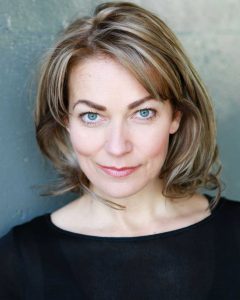 This heart-warming UK thriller was due to be released in April, but due to Covid-19, this was pushed back. Producer and actress Terri Dwyer said, “Being an independent film we were hugely affected by the pandemic. We didn’t know when or where we could release the film and after years of hard work, we wanted to give the film the premier it deserved. We then thought an open-air drive-in would be the perfect place to host this big event and would be a springboard to roll out the film nationwide.

Filmed in Sheffield’s world-famous Crucible Theatre, London and Beijing, this rags-to-riches story follows the troubled but talented Spencer Pryde, a gifted, inner-city kid, wasting his life on petty crime and violence, until a chance encounter with Chinese stranger and former ‘eight ball’ pool champion, Vince Qjang (David Yip) and tough-guy club owner Ray (Rutger Hauer) presents him with the opportunity to turn his life around.

When tragedy strikes, Spencer finally breaks away from his friends and the negative influences in his life, and with Qiang’s guidance Spencer makes a bid for a prestigious snooker tournament held in Beijing – the question is can he overcome his demons and use the talents he was blessed with?

Terri Dwyer is a very well-known actress and many will remember her for her role as Ruth Osborne in Hollyoaks and also when she presented the ITV makeover show, 60 Minute Makeover. This is the first film that she has produced and she said, “Director and writer, Michael Elkin actually approached me via Twitter! We chatted and he told me he had a brilliant script he was working on, which sounded very interesting. I was very busy at the time but he sent it over and by luck, I had something cancelled and sat down to read it. I just couldn’t put it down and rang him immediately to say I absolutely had to be part of it! He asked me if I would consider acting in the film and also producing it, which was very exciting. Break has been quite a roller coaster ride! We had all the usual ups and downs of making a film and then everything was ready for us to premiere it in April and suddenly we couldn’t do it because of the virus. So, we decided we had to do something fairly different and it was a do or die moment – we decided to premiere it at the Brent Cross Shopping Centre and then show it at drive-ins all over the country. It’s a new culture and it has worked out very well as we were not sure that UK audiences would want to watch a movie from their cars. But, it’s been amazing – we take over the space and have several different films showing each day including Break, of course. We want to cater for everyone’s taste and even have a children’s film, which are proving to be very popular.

“It has been incredibly stressful and a real learning curve but I believe that lessons in life grow through adversity. I have worked with some wonderful people and have made lifelong friends along the way. Break is very special, it’s a brilliant story and a true trailblazer!” 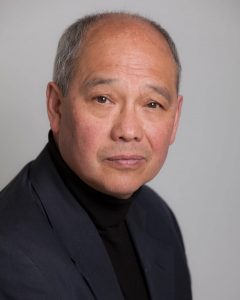 David Yip is very well known for playing the lead role of John Ho in the 1981 BBC drama, The Chinese Detective, but the list of his TV and film credits is very impressive. Roles in feature films like Indiana Jones and the Temple of Doom and James Bond – A View to a Kill add to his work in film, theatre, television, and radio both in the UK and internationally.

David was born in Liverpool and was one of eight children. His father was a Chinese seaman and his mum a local Liverpool girl. His experience of being brought up in a mixed-race family has been a source of inspiration throughout his career and he has written and presented documentaries about the Chinese Community in Liverpool. He said, “We were poor but honest and we lived near the centre of Liverpool and even though we were around the corner from Chinatown, I never felt Chinese.

“I loved working on Break and had a call one day from my agent who said that Michael Elkin had sent over a script for a new film. When I read through it I loved it and playing Qjang was very interesting. He is a three-dimensional character and working alongside Michael was inspiring. Terri is amazing and acting and producing at the same time is hard work and can be very tricky but she guided us along brilliantly. The saddest thing for me was not to meet Rutger Hauer who was a hero of mine. In 2018 there was an afternoon TV show called Porters. It was basically about hospital porters and Rutger was in it! He played the role of a porter who always has fantasies and there is a scene where he is playing golf with the Dalai Lama and I was asked to play the Dalai! I was very excited at the thought of meeting my hero but sadly he became ill and had to pull-out – we filmed the scene but it wasn’t the same.”

It has been 47 years since David left drama school but he is as enthusiastic and ready to take on new roles as he ever was. He added, “Break is a great story with an outstanding cast, a brilliant writer and director and wonderful producer – we won’t let the virus beat us and by thinking outside the box we can bring the public the chance to watch what I think is a truly inspirational story.

Going to a movie at a drive-in is obviously a new way of watching a film but it’s fun, exciting, different, and most certainly entertaining and very likely the way forward. 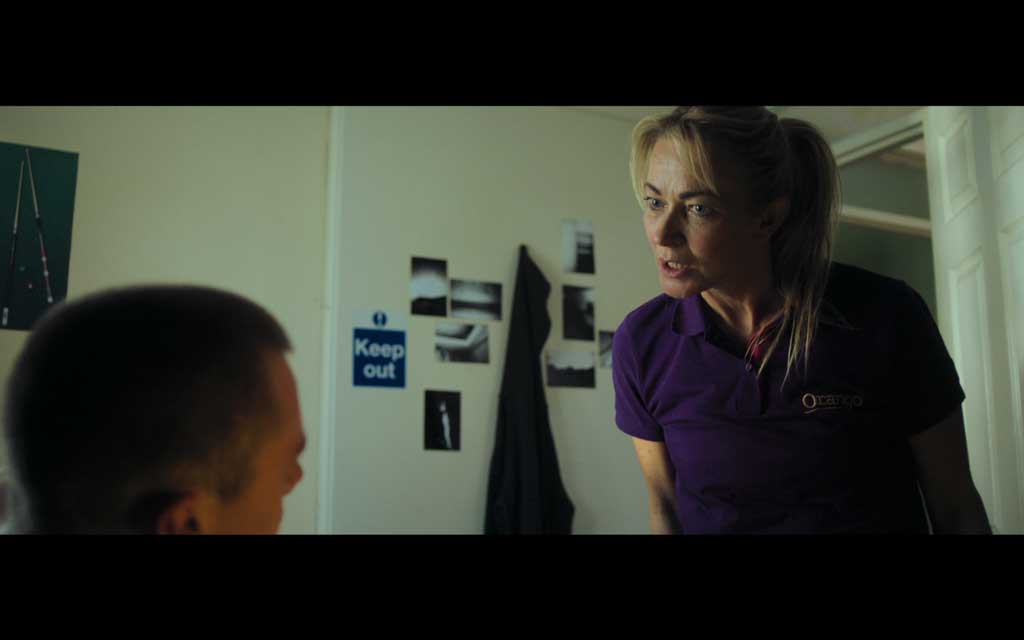 BREAK is now available to watch at Drive-Ins across the UK including Cheltenham Town FC on 15th and 16th August, Hexham Racecourse on 18th and 19th August and Sheffield Don Valley on 22nd and 23rd August, with more dates to be announced.

To buy tickets go to breakfilms.co.uk

BREAK is out on DVD on 31st August and available in Asda, Morrison, HMV & Amazon and digital download via iTunes, Sky Box Office and Virgin. For more information, please go to breakfilms.co.uk. Follow @BrEAK_Film on Twitter and/or @breakukfilm on Instagram & Facebook for more news.