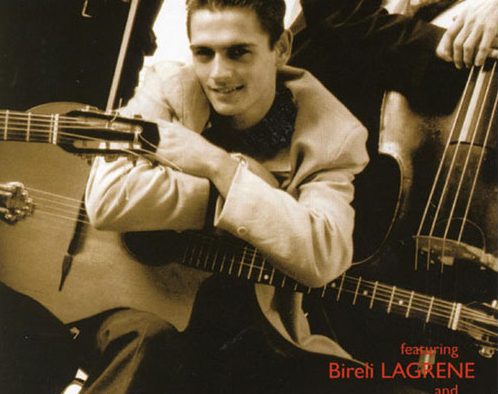 The One and Only

This recording from 1997 features three giants of Sinti gypsy jazz – they are in no particular order:  Jimmy Rosenberg, Bireli Lagrene and Anglo Debarre. Apparently these three giants of gypsy jazz met at the Sysmo Paris studios on a very tight schedule due to various prior touring commitments.

Most of the 18 tracks on this album are either first or second takes due to the time constraints, but what ensues is true impromptu genius and a jam to set new standards. As the three had no time to rehearse they went for standards that they all knew and each guitarist, gifted in their own right, takes alternate solos. It’s a magic set of songs given new life by these three top musicians.

Much praise has been put on the album, Friday Night in San Francisco, with Paco de Lucia, John Mc Laughin and Al di Meola but this I feel this is the Sinti jazz equivalent -fantastic musicians breaking new boundaries.

Sadly, for one of the three, this did not lead him to better and greater things. Jimmy Rosenberg has been out of action since the early noughties due to his drug addiction, although recently I have caught some footage of him playing outside some bar in the Netherlands on YouTube. Come back soon Jimmy and gives us more of your amazing talent. Also catch up with the 2006 documentary, The Father, the Son & the Talent, about Jimmy’s life.

This is a super album that I would advise anyone into this type of music to buy. If you’re not an existing fan and you would like to buy a starter album this is as good a place as any to start.