VICKI MICHELLE IS TOP OF THE GAME!

Famed worldwide as the waitress, Yvette, in the smash-hit ‘Allo ‘Allo! on BBC1, Vicki Michelle MBE enjoys an extensive career in television, theatre and film. The list of her credits is truly breathtaking and she has acted alongside many of the ‘greats’. She talks to Lynda Clark about her fascinating life and work and getting an MBE

‘Allo ‘Allo! was loved by the nation at the time and is still as popular as ever. It is being shown on the Drama Channel every day and there are three episodes shown on the Yesterday Channel on Sundays. It was such a fun show and there are very few comedies around now that are anything near as funny. I was in all 90 episodes and the scripts, direction and the way it was shot were really special. We played to a live audience so we had to get them laughing and it was so clever as it worked on two levels – the children loved it and the adults enjoyed all the double entendre’s!

“It all began when my sister, Ann, and I went for a role in a new TV show called Come Back Mrs Noah written by David Croft and Jeremy Lloyd, who also wrote ‘Allo ‘Allo and starred Ian Lavender and Mollie Sugden. Ann got the part, which was great but there was also a role for a French maid who was a robot and Ann suggested that I should play her, which I did. It was a good series but sadly Kenny Everett’s new show clashed with it on another channel and he was so popular that our show didn’t really last long. I then got a call about a new series where they needed someone with a French accent, which of course was for ‘Allo ‘Allo! I went along and read for the part of Yvette and also for Michelle but I didn’t hear anything for around six months. Then suddenly they contacted me and offered me the role for Yvette and the rest is history.” 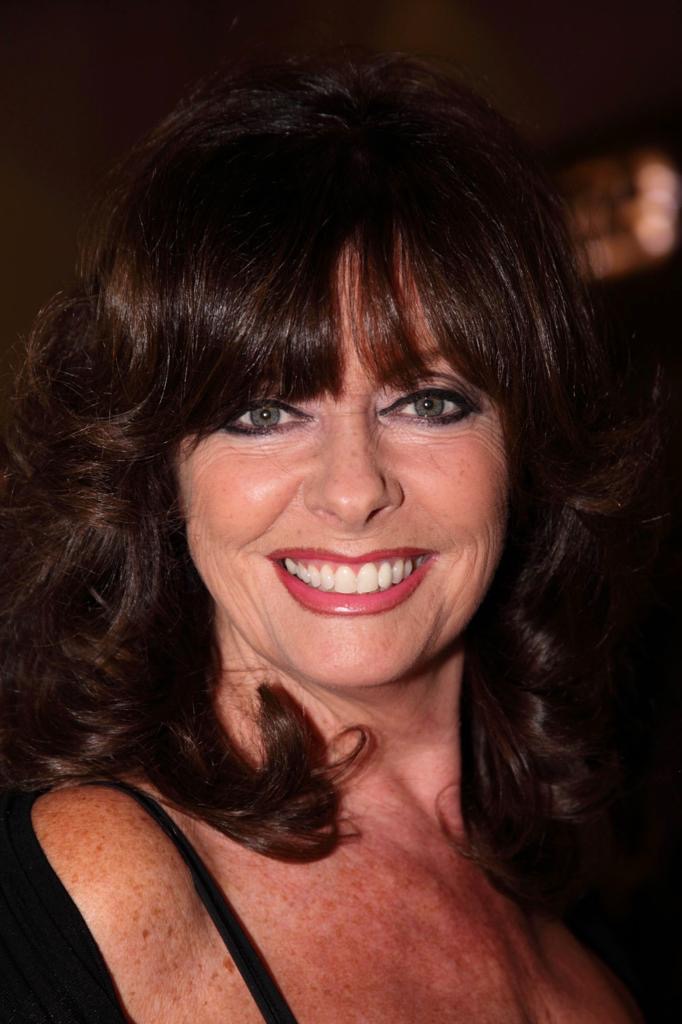 She has acted alongside the comedy greats including, The Two Ronnies, Sir Ken Dodd, Les Dawson, Dick Emery and appeared in numerous comedy and cult TV shows like Whatever Happened to the Likely Lads, Are You Being Served, Minder and The Professionals. Her film credits are also very impressive and she was in The Greek Tycoon with Anthony Quinn, Spectre with Sir John Hurt and The Silent Hours with Hugh Bonneville – and the list of credits goes on…

Vicki is also an accomplished musical performer and absolutely loved playing the role of the incorrigible Miss Hannigan in Annie, where she received much critical acclaim for her performance. She also loved the very diverse role of Lady Raeburn and night club singer Asphynxia in Salad Days. “I had always longed to play the role of Miss Hannigan but my daughter got there first as she played the part when she was at school and she was brilliant. I also adored playing Marilyn Monroe in a play called Hello Norma Jean – it was a very interesting take on her life and the story was that she had faked her death – it was a brilliant concept.”

Vicki is always up for a challenge and bravely went on I’m a Celebrity… Get Me Out of Here! “I agreed to take part and then I must admit I did get cold feet but my daughter was so proud and encouraged me to go. It was a great team and I actually had no idea how brave I was! It was much, much harder than anyone watching could imagine – if you went on a trial, for example, you had to walk through the jungle for about a mile before you even started and that was very hard work. We had to lug the water up a steep hill so we could boil it and the food was disgusting! Miniscule portions of rice and beans and after a couple of days the pan you cooked them in got burnt and it all tasted really awful! Even if you won a trial the food they gave you was horrible – we had a possum and some strange large black bird! – I think everyone lost weight. I had a great time though and met some wonderful people and looking back I wouldn’t have missed the opportunity. My family were so delighted and I was pretty proud of myself too.” 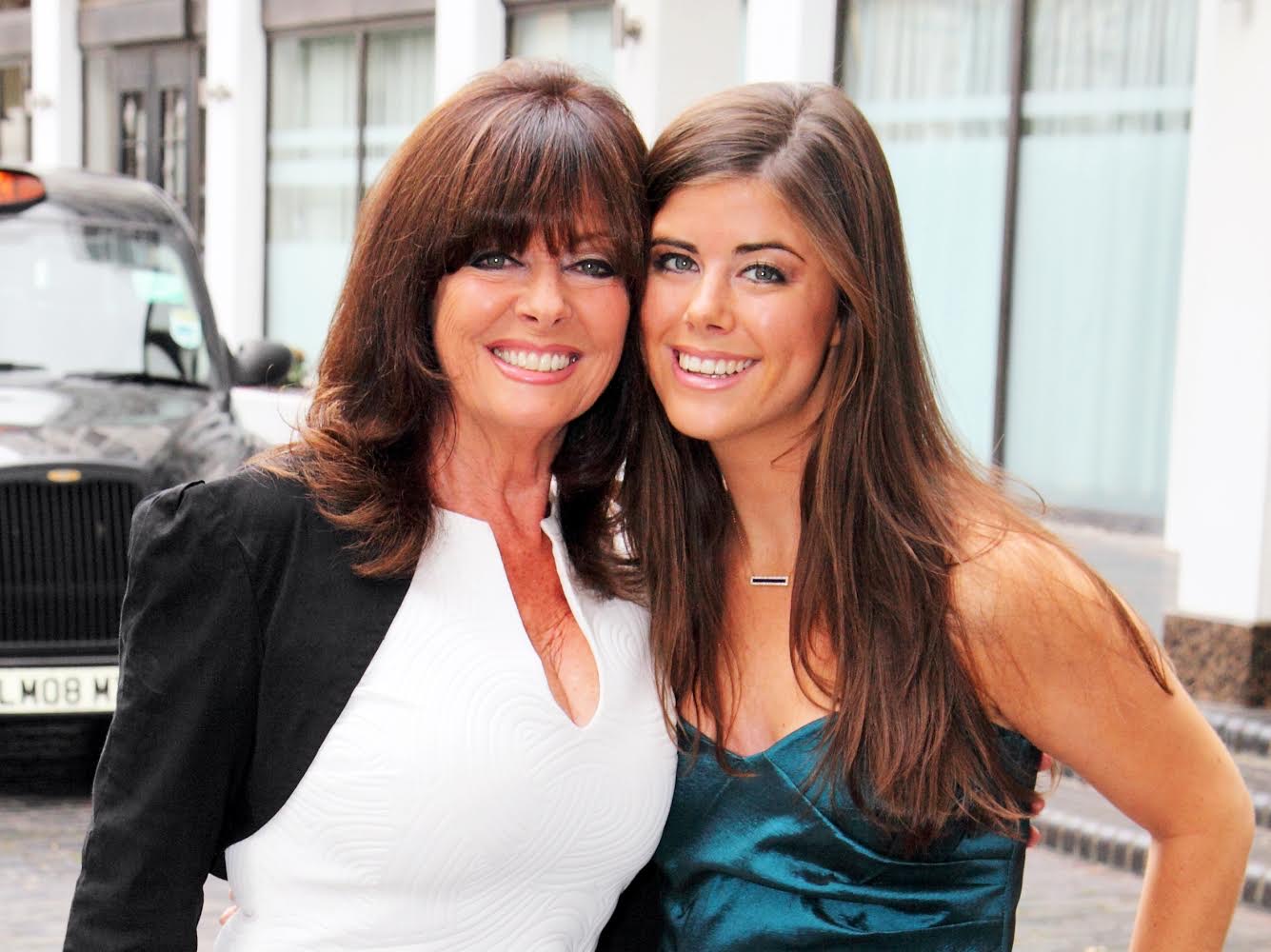 Vicki works tirelessly for the various charities she supports and was awarded the MBE by the Queen in 2010. She is very proud to have been the longest-serving President of the Heritage Foundation in London, which was responsible for initiating the project that led to the building of the Bomber Command Memorial in Green Park. “I support many different charities but I was so happy to help get the memorial statue for the Bomber Command as they are very rarely recognised. It was headed up by Robin Gibb. David Graham and Alex Lom who worked tirelessly to get the statue put up and after 70 years it eventually happened! The Queen unveiled the statue in 2012 and that was truly very special. It is really beautiful and is a handsome bronze statue of five young airmen from Bomber Command in their uniform. They were quite incredible as most of the pilots were very young and so brave.”

Vicki also presents her own live radio show every Sunday afternoon with her personal blend of chat, music, comedy, fun fact and special guests. “I really love my radio show – I play funky upbeat music which and gets everyone going and once the music starts I just can’t sit down! At the end of the show I always play a classical number and on a recent show I played Rick Wakeman’s version of Eleanor Rigby played in the style of Prokofiev – it’s fantastic!  I interview some of my best friends in the business and the time flashes by. It’s truly the highlight of my week.”

Usually Vicki would be doing panto at Christmas and she has played everything from The Wicked Queen in Snow White to Mother Goose in Jack and the Beanstalk. Sadly, this year because of the pandemic all pantos have been cancelled but Vicki is looking forward to 2021 when hopefully things will be different. “I adore playing in pantos and a couple of years ago it was my 29th pantomime season so I will miss it this year.

“I love all the work I do and being the eternal optimist I am looking to the future with the hope that everything sorts itself out and we are all back to treading the boards very soon.”