AMANDA WARING HAS A HEART OF GOLD

Amanda Waring is an actress, director and a renowned campaigner for improving care for the elderly. Her award-winning dignity films, training manuals, book, CD and workshops have transformed the heart of care throughout the UK and internationally. She talks to Lynda Clark about her fascinating childhood, her work and how she is making this the best Christmas for those living in care homes

Talking to Amanda and listening to her life story and what she is doing, I was totally in awe. She has so much energy, enthusiasm, passion and love that it literally leaves you speechless. Amanda grew up in a very theatrical family – her mother was actress Dorothy Tutin and her father, Derek, was also an actor. “My parents both worked all the time and it was a different kind of childhood. They would be at the theatre every evening and so sleep late so I didn’t really see them much. One of my fondest memories was when my mother played Peter Pan and I was devastated to find out that she wasn’t the real Peter! There were lots of dinner parties where actresses like Sybil Thorndike would be there and my parents used to get my brother and I to do a little performance for everyone. We lived in a tiny house in Putney and the best times were when we went on holiday on a canal boat, which my dad loved. My dad was very tall and impatient and my mum was really impractical so being on a small boat was not the easiest! Eventually, my mum bought a tiny boat with one cabin and that was crazy! Being a theatrical family there were huge dramas. I didn’t really ever invite any friends to my house and although it was an exciting childhood with some special times I made sure that I brought my own son up very differently.”

Amanda wanted to be a vet or an actress and eventually acting won but she was discouraged by her parents who were very against her going into the business. So, she started taking roles at different schools behind their backs. “Eventually I decided to apply to every drama school and unbelievably I was accepted by them all, but I decided to go the Guildhall of Drama. They were very good about letting students take time out so they could accept roles but I ended up getting so many leading parts that I decided to leave and work full-time. The highlights were when I starred in the West End musical Gigi and in Tuckers Luck and sang at the Royal Variety Performance for the Queen. Aids was at its height at this time and so many of my co-actors and musician friends sadly died – I lost so many of my good friends.” 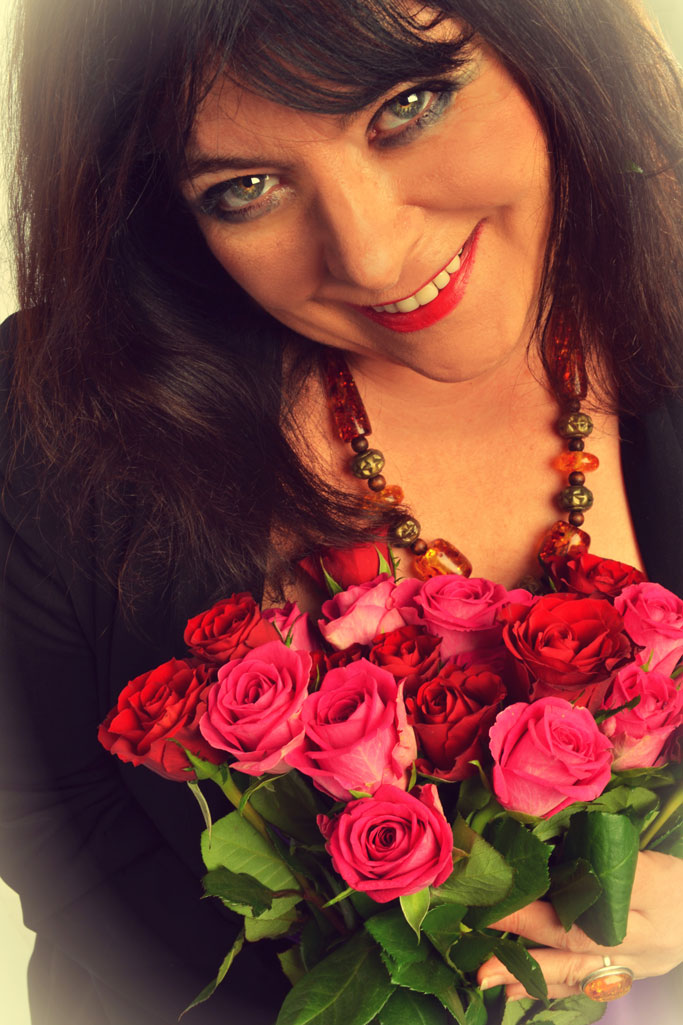 One of the shows that Amanda is very proud of is her one-woman show, For the Love of Chocolate. “It’s an incredible show which premiered at the Edinburgh Festival and has been critically acclaimed wherever it’s been performed. I absolutely love it and so do the audience as it’s fun, wacky and I get to do all the things I love, act, sing, dance and make people laugh.”

But this is just one part of Amanda’s life as she is passionate about helping others especially those who are old, in care and dying. She saw first-hand when her mum was in hospital being treated for leukemia how badly treated she was and it encouraged Amanda to try and change things. She has written four films that focus on the care and respect of the older generation. The first film, What do you see? has been a resounding success and has been viewed by millions of people around the world and is also used as a training film in care homes all over the country. “I wanted everyone to realise that older people who are in a care home or ill or dying need to be treated with respect and listened to. I set up the Dignity in Care campaign with the Government which has over 180,000 dignity champions and also launched Dignity Matters with the National Council for Palliative Care. Amanda has written a training pack which is widely used throughout the NHS and in care homes and is widely acclaimed. Since the pandemic crisis, she has set up masterclasses where she trains small groups of people on how to cope and recover in the current crisis.

“I have also written a book, Being a Good Carer, which has recently been published and is just about everything I have learned in my life as a carer. It was written from my heart and is really a book where I hold your hand and try and explain how to look after yourself and relax and regroup and discharge. It’s tough for both the person who is being cared for and the carer and I know from all my experience that getting the balance just right is so important.”

Amanda is constantly busy and is currently working on a Christmas show which will be shown virtually at care homes throughout the UK. “I want to give everyone a fantastic real homespun Christmas and I have been working with some amazing people. I have a Glenn Miller-style orchestra playing some fabulous music and with some incredible actors like Virginia McKenna, Hugh Bonneville and Alistair McGowan. It’s such fun and will lift the spirits, raise morale and I think everyone will enjoy it.”

As we finish our chat I am totally overwhelmed with the amount of work Amanda does to help the elderly community and although she takes her work very seriously she is also great fun and upbeat. She finally adds, “Actually my name isn’t Waring at all – it’s Barton-Chappell! When I was about seven my uncle, who was a top scriptwriter for the BBC, realised that the name was too long to go on the screen so he got a telephone directory and just randomly opened it up and chose the first name he came to – it was Waring and so that’s been my name ever since!”

Whatever Amanda’s name is she is a very special lady who has changed the way we think about the elderly and has had a massive impact on so many people’s lives. She is also a very accomplished actress, writer and director and without people like Amanda in this world it would be a much darker place – she really has a heart of gold. 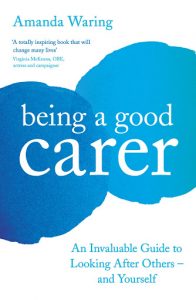 Amanda’s book, CD and DVD are available from theheartofcare.co.uk