JENIFER ROSENBERG HAS A HEART OF GOLD

Jenifer Rosenberg OBE is a remarkable lady who is Chair and a Trustee of the Heart Cells Foundation and has raised millions of pounds firstly to fund initial trials into stem cell therapy but also to open a new unit at Barts Hospital treating patients throughout the UK who have heart disease. Her life story is inspirational as Lynda Clark found out

Jenifer started her career in the post room at Marks & Spencer in the era of the ‘swinging 60s’. “I loved every moment of it and they are an amazing company to work for. London was very grim and dull in the 50s and then suddenly everything exploded in the 60s and it became the epicentre of the world and I just wanted to embrace all that if offered. It was very exciting times.” Jenifer eventually moved to the skirt department and had to persuade the board that everyone wanted to wear mini skirts as they were all the rage. “We started at 21 inches and then 18 and finally 16 inches and we literally sold out. We had been starved of fashion after the War and it was a time of change and innovation.”

In 1973, she left Marks & Spencer to form her own fashion company, J & J Fashions. “I started in 1974 and it wasn’t the best time to start up a new venture – the country was in the midst of the miner’s strike and the three-day week and things were very depressing. I had a brand-new business with overheads and wages to pay but somehow it all worked out. I had an incredible relationship with Marks and they were so happy for me to start on my own. They even gave me a ‘golden handshake’ so in fact, it was a great start to my new life. I started with a small factory in Newcastle producing ladies trousers and went on to build it and become one of Britain’s largest privately-owned ladieswear manufacturers and we supplied for Marks & Spencer too, employing 3,000 people with 12 factories across the UK. 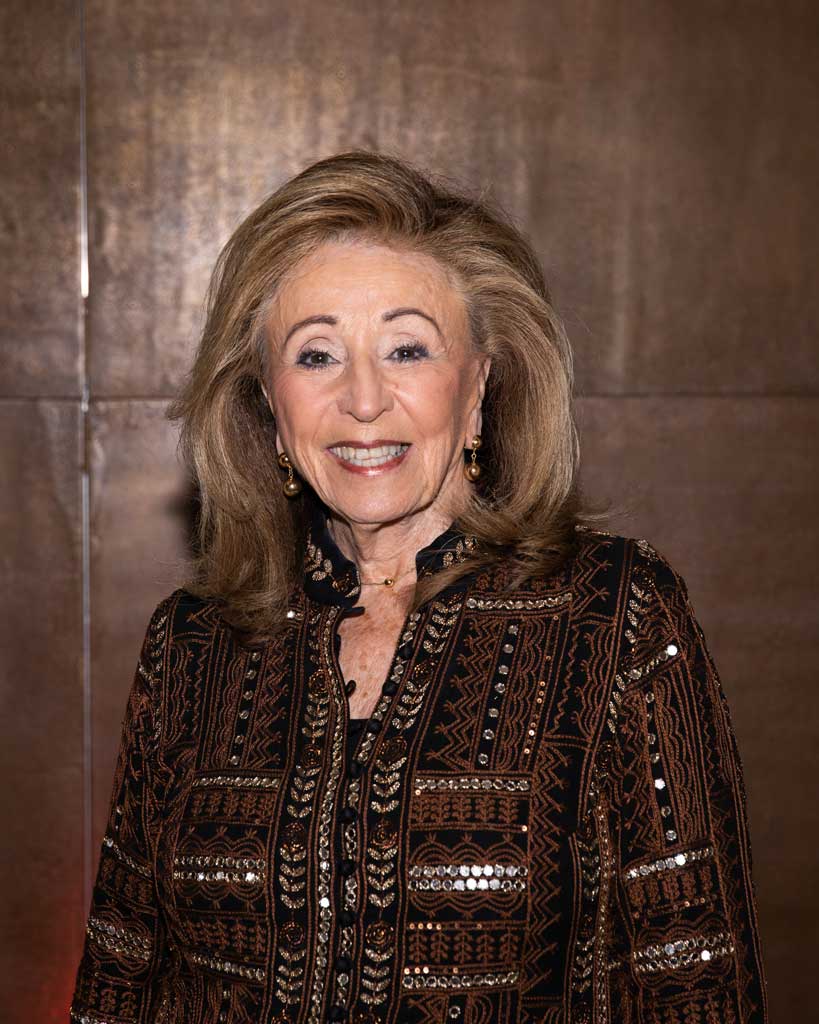 “When I sold the business in 1992 we were the largest supplier for ladieswear, outerwear, skirt, and jackets – it was pretty amazing! But we just couldn’t compete with the factories overseas who were under-cutting us, so I was made an offer to sell and decided to take it up.” Jenifer and her husband then decided to take some well-earned time-out and travelled extensively and bought some property and enjoyed their ‘new life’ enormously. Then sadly 10 years later her beloved husband became very ill and was given weeks to live. “We saw a young specialist at Barts Hospital who told us that they were doing research into stem cell treatment in Germany. It sounded very exciting and hopeful so we went to Germany and my husband had some treatment, which was incredible and gave him another three wonderful years.”

During this time Jenifer and her husband discovered that there was no money for this kind of research in the UK so they founded the Heart Cells Foundation charity with the aim of raising six and a half million, which was needed for the initial trials and this would make the treatment available to everyone. Seventeen years later, not only has the charity raised the money for the very successful initial trials but has opened a compassionate stem cell centre in St Bartholomew’s Hospital, which the Heart Cells Foundation is funding. In addition to that, the charity is currently undertaking a major fundraising campaign to raise £8 million to fund the Phase III trial which will then make this treatment available throughout the UK. Jenifer is spearheading the campaign. As the charity receives no Government funding it relies solely on fundraising events, donations from trusts and individuals.  “For this treatment to continue we need nationwide support. Individual donations are vital”

“It sounds quite daunting but we have some wonderful supporters and we hold a lot of fund-raising events, which are great fun. I am a very positive person and I will never give up. It has been tricky during the pandemic but we have managed and just the thought of helping so many people spurs me on. My husband left a legacy and so he lives on, which is very heart-warming.”

Jenifer was awarded the OBE in 1989 for services to the fashion industry. “Driving into the gates of Buckingham Palace to receive my OBE was very surreal and I was so lucky that the Queen herself presented it to me.”

Talking to Jenifer I was so inspired and humbled by her story and also for her enthusiasm, passion, and her sheer love of life –  she is very special, very special indeed!

RETIREES ACROSS THE NATION PUT THEMSELVES FIRST WHEN IT COMES TO FINANCES
Ryan Beal April 28, 2021