Are you a lover of all things TV? The UK is home to some of the most iconic and quirky villages that have been a perfect filming location for period dramas and films

From Bridgerton to Game of Thrones, some of the most stunning castles and stately homes in the UK have lent themselves to the best shows on television over the past decade, and what better way to spend your holiday at home than exploring the famous landmarks?

As part of their Sunny Staycations campaign, the broadband team at Uswitch have rounded up some of the most picturesque villages and stately homes that have been used as filming locations for your favourite TV shows that are worth a visit while you are away.

So if you are ready to get exploring, check out the list below: 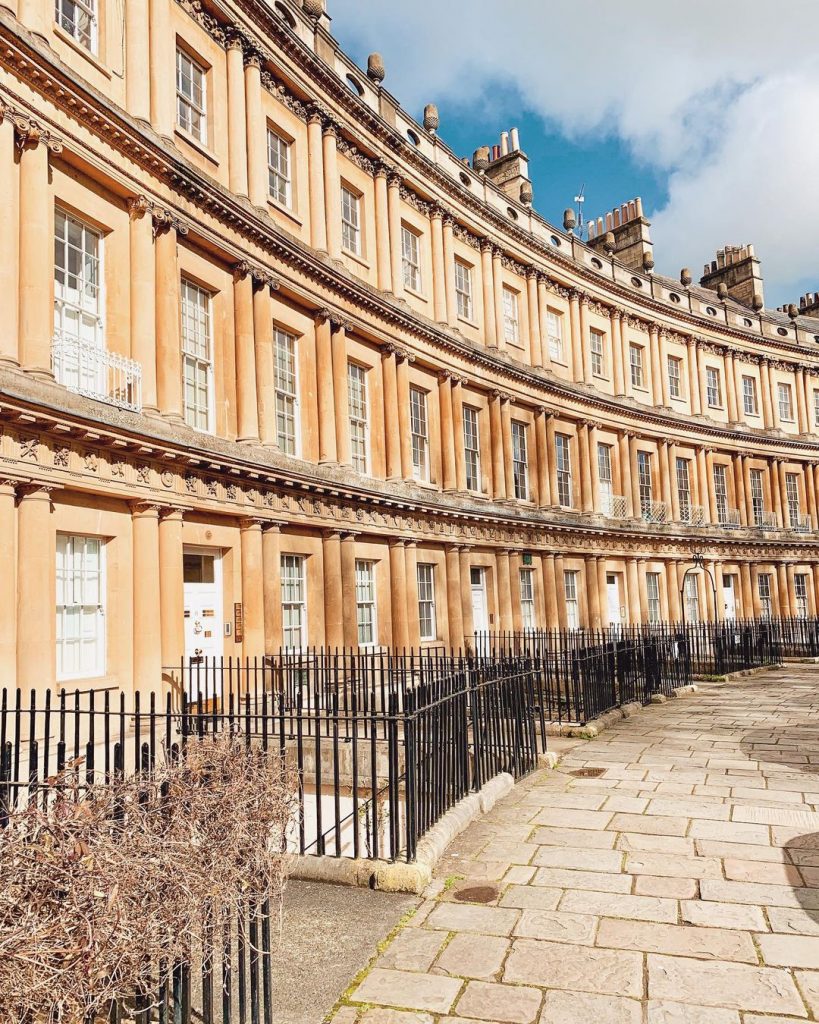 Bridgerton proved popular among fans at the beginning of 2021 and it wasn’t just the Duke that had people loving the show. Set in London during England’s Regency era, the series had a fair few beautiful filming locations that you can visit while on your staycation this year.

Bath proved to be a prime location for the famous period drama’s first series, with the beautifully historic Holburne Museum being used as Lady Danbury’s home and the Royal Crescent acting as the exterior to the Featherington Home.

With so much beauty to explore, the prime locations of the city are worth a visit if you are in the area. 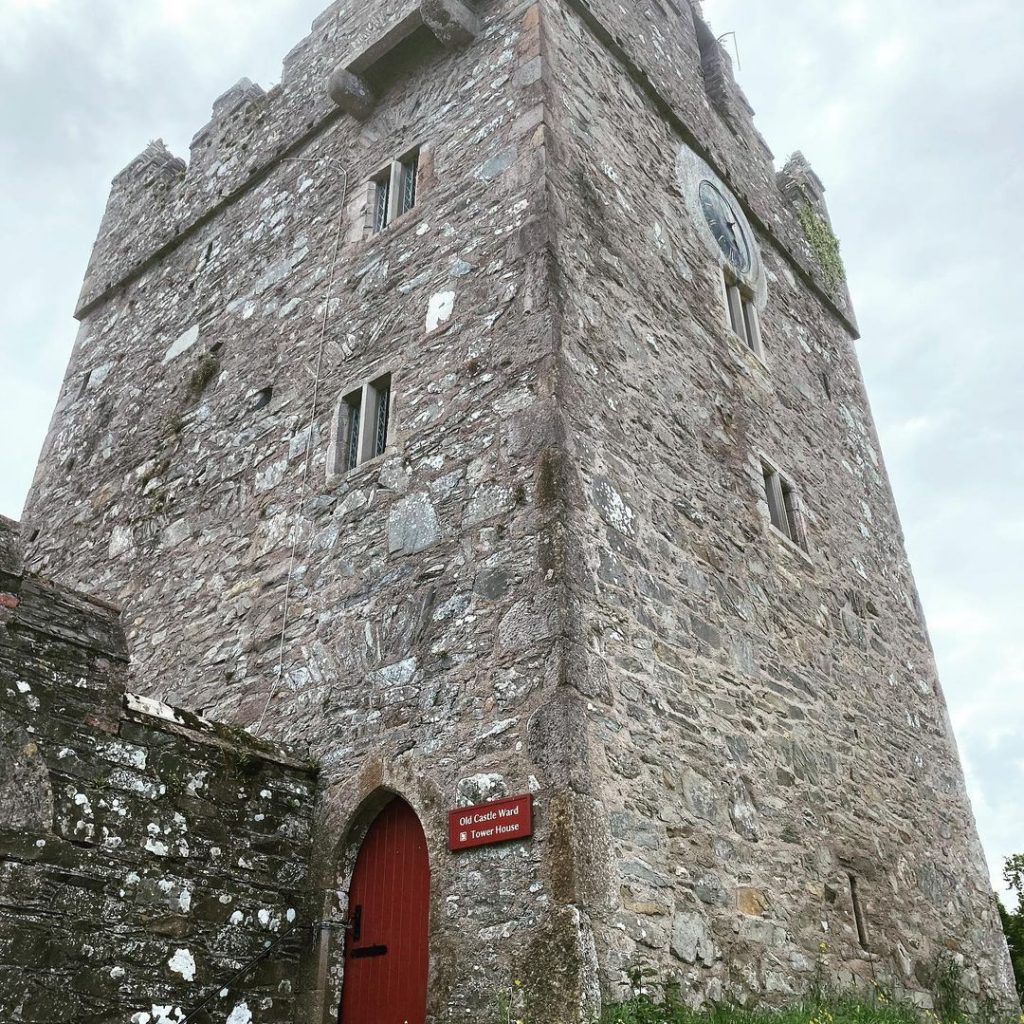 The dramatic plot lines and the battle between families kept fans on the edge of their seats the whole way through, but Game of Thrones’ dramatic backdrops and beautiful locations had people around the world travelling to some of the TV shows most remote locations.

The show spent a few of its series filming in various picturesque locations in Ireland, including Castle Ward that was the home of House Stark, Winterfell, for seasons one and two.

The castle offers idyllic hillsides and gothic structures, along with a Game of Thrones tour that will make you feel like you are part of the show. 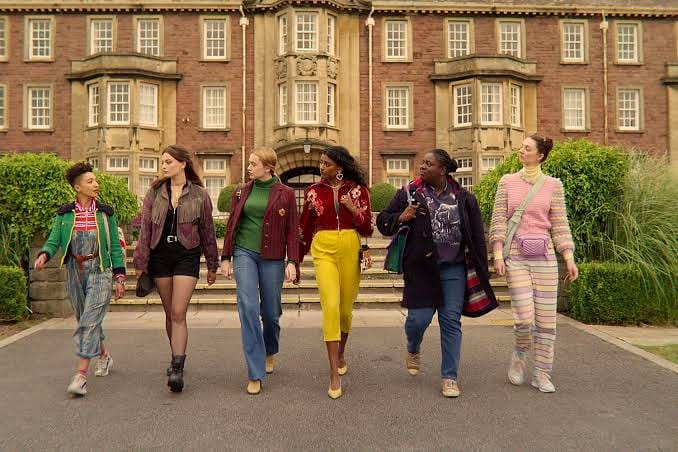 Did you ever think that Moordale High in Sex Education never quite felt like a school? That’s because the show’s famous set was actually filmed on the old University of South Wales campus in Caerleon that closed in 2016.

The coming of age smash hit show has seen eager fans travel to Wales and visit some of the show’s most iconic locations from Jean and Otis’s house by the River Wye, to Moordale High. With rolling hills and scenic backdrops, the show has more than a few dreamy locations you should visit while away this summer. 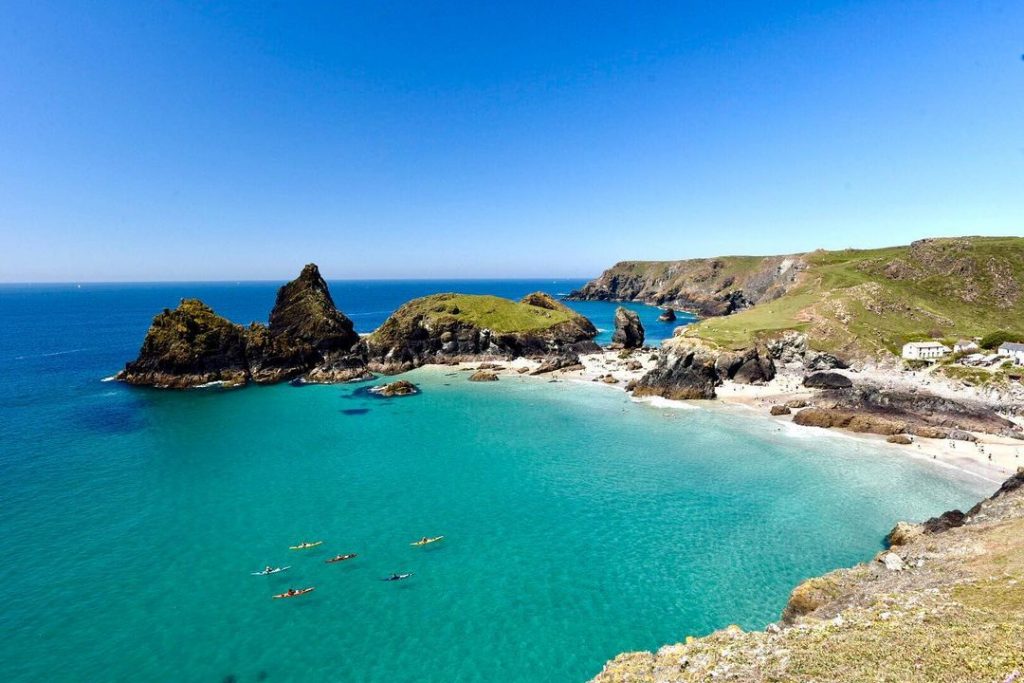 Cornwall has long been a family favourite destination for holidays in the UK and is home to some of the best sandy beaches in England. But that’s not all it’s famous for.

The holiday destination has been a key filming location for the hit TV show Poldark including private beach, Kynance Cove.

The quiet beach has gorgeous blue waters that make you forget you are in England and sky-high cliff tops that enclose the beach making it that little bit more private for holidaymakers. 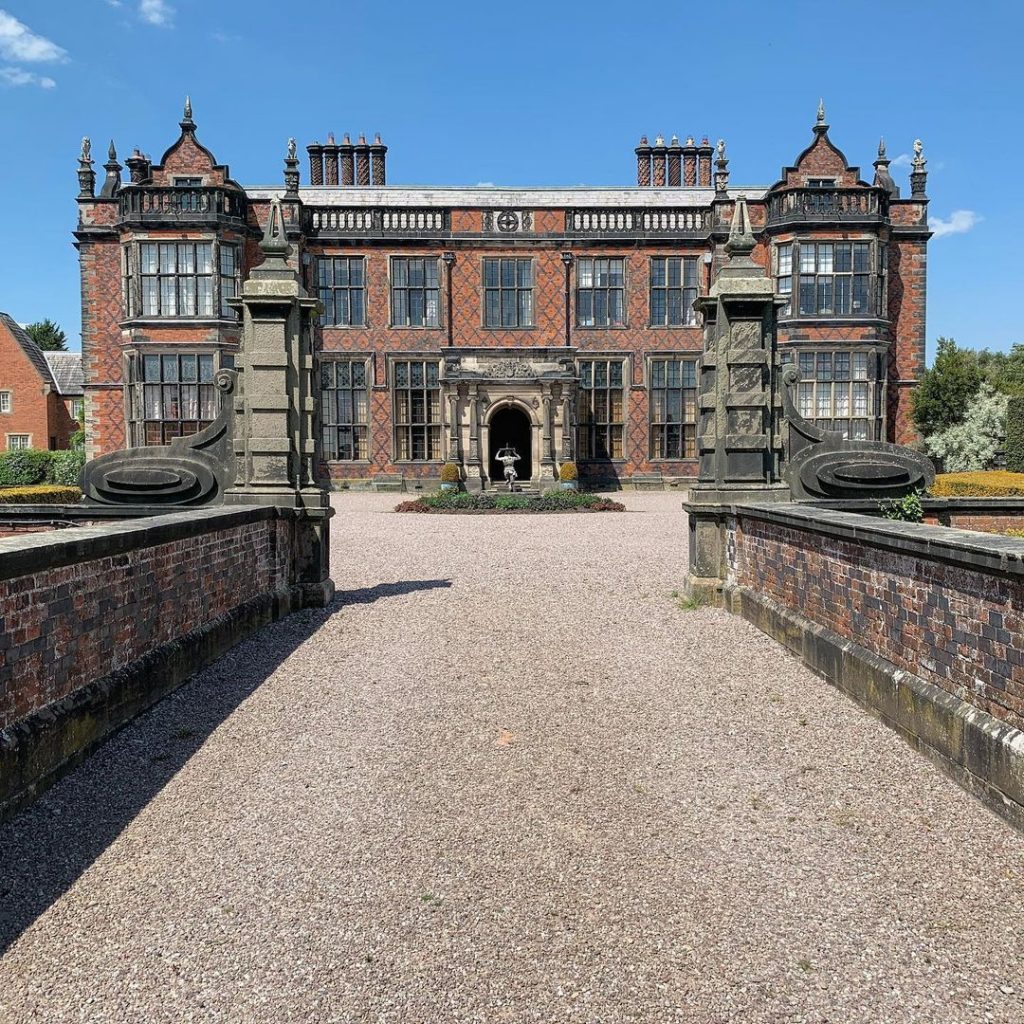 Set in old town Birmingham just after the first world war, Peaky Blinders has a number of pretty locations you can visit across the UK when you are on your staycation this year.

If you find yourself in the north of England, then why not visit the beautiful Arley Hall in Cheshire. The stunning manor house doubles as Tommy Shelby’s Arrow House where the library is transformed into the gang leaders study. 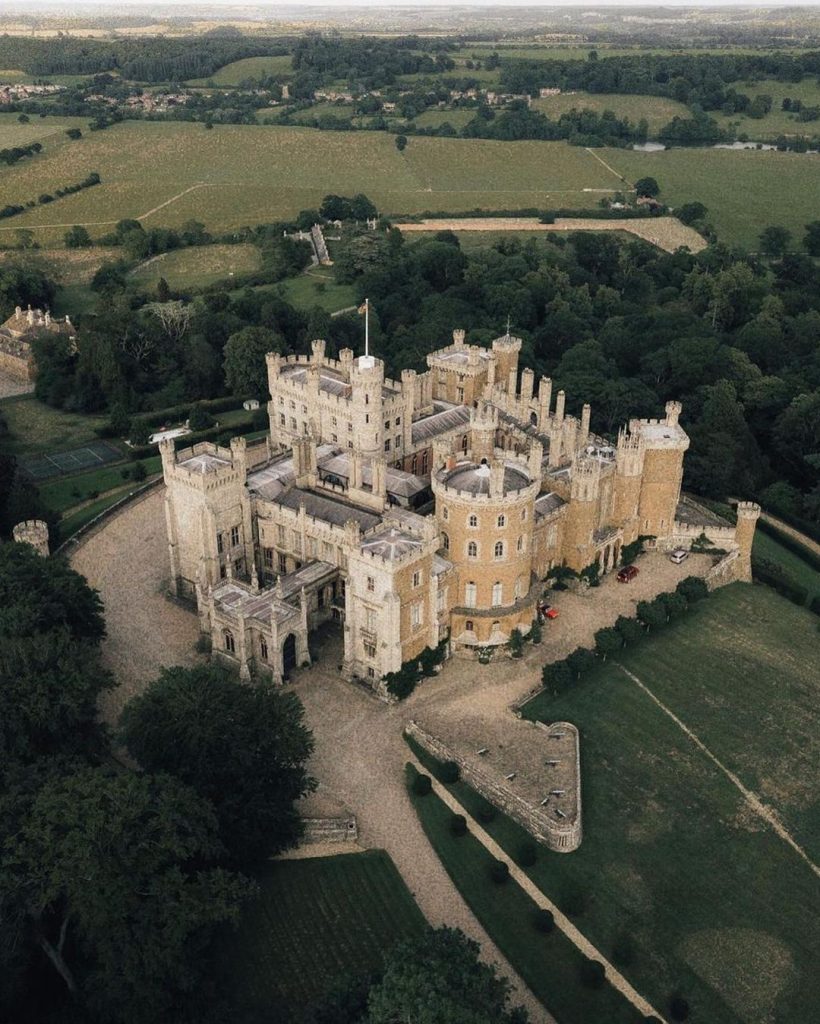 Do you want to experience a slice of royalty when on your holiday in the UK this year? Then look no further. The popular Netflix series The Crown has filmed in a number of beautiful castles and stately homes across the UK.

Stood proudly on the hilltop in Belvoir is the stunning castle and stately home Belvoir Castle. The famous building was used as a double for the interior of Windsor Castle throughout the series, so if you are ready to get lost in the history of the Leicestershire icon, we recommend visiting here while in the area. 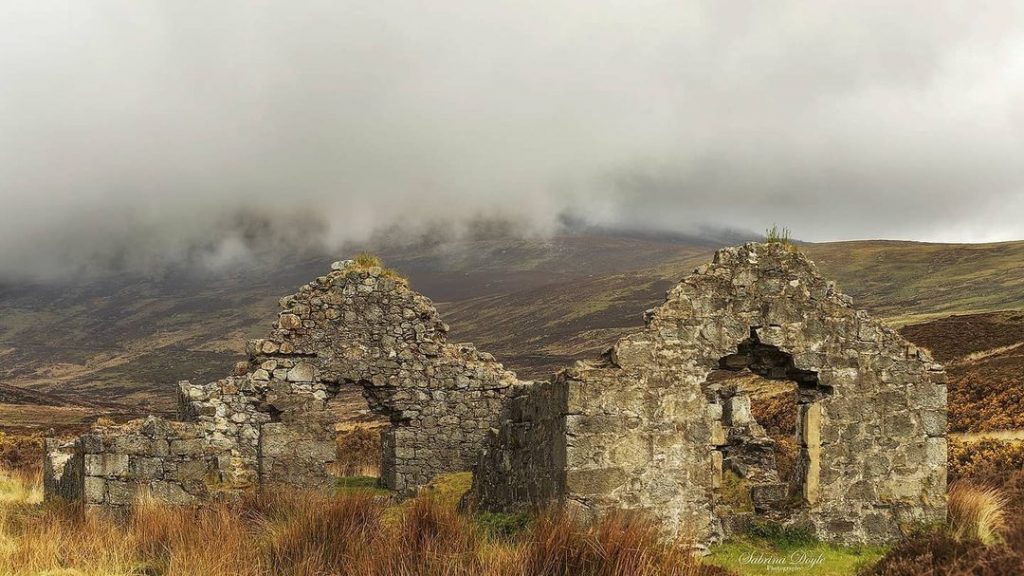 Much like Game of Thrones, a lot of the iconic scenes from the Amazon prime show Vikings took place in the beautiful Irish countryside of Wicklow county.

Within a short range of the studio, you can explore the scenic mountain tops of Ireland, sit by some of the gorgeous lakes or wander in the fairytale-like forests. With so much scenery around, you will surely feel like a true Viking. 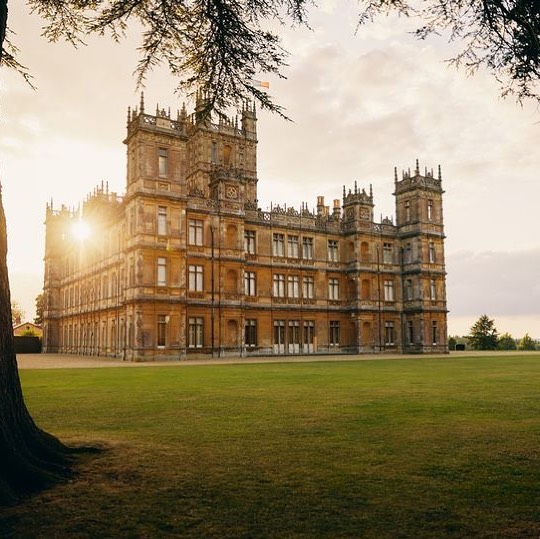 Are you a Downton Abbey fan wishing to explore one of the gorgeous stately homes? Then what better time to do this than a day trip to the stunning Highclere Castle on your staycation this year?

The house in Highclere had already had many claims to fame before the show was filmed there, but it wasn’t until the last few years when the period show became big that it became such an iconic location.

Not only are the grounds and exterior of the building used for filming, the great hall and bedrooms are also a big feature of the show. So next time you find yourself in Hampshire, the gorgeous stately home is well worth a visit.

With thanks to Uswitch . Find out more on how to make the most of your staycation this year here https://www.uswitch.com/broadband/the-best-weeks-in-the-year-to-book-your-holiday/