Rather than navigate the tricky waters of apps, PCR tests, vaccination certificates, passenger locator forms, traffic light systems and quarantine, many people have decided to holiday at home this year. As a result, UK hotels are heavily booked and may be expensive, so a seacation provided an attractive third option, one I was keen to try.

Like its predecessor the staycation, holidaymakers on seacations don’t leave the UK; the cruise ship either calls at no ports or, at most, other ports in the UK. Simple!

According to my car park notification, I first had to make my way to the drive-through testing facility near Gate 20, Southampton Dock. Apparently I was going nowhere without a negative test. The gate wasn’t near the cruise terminals and the test centre was not signposted, but I suddenly spotted it – large white canopies and a cars lined up outside. 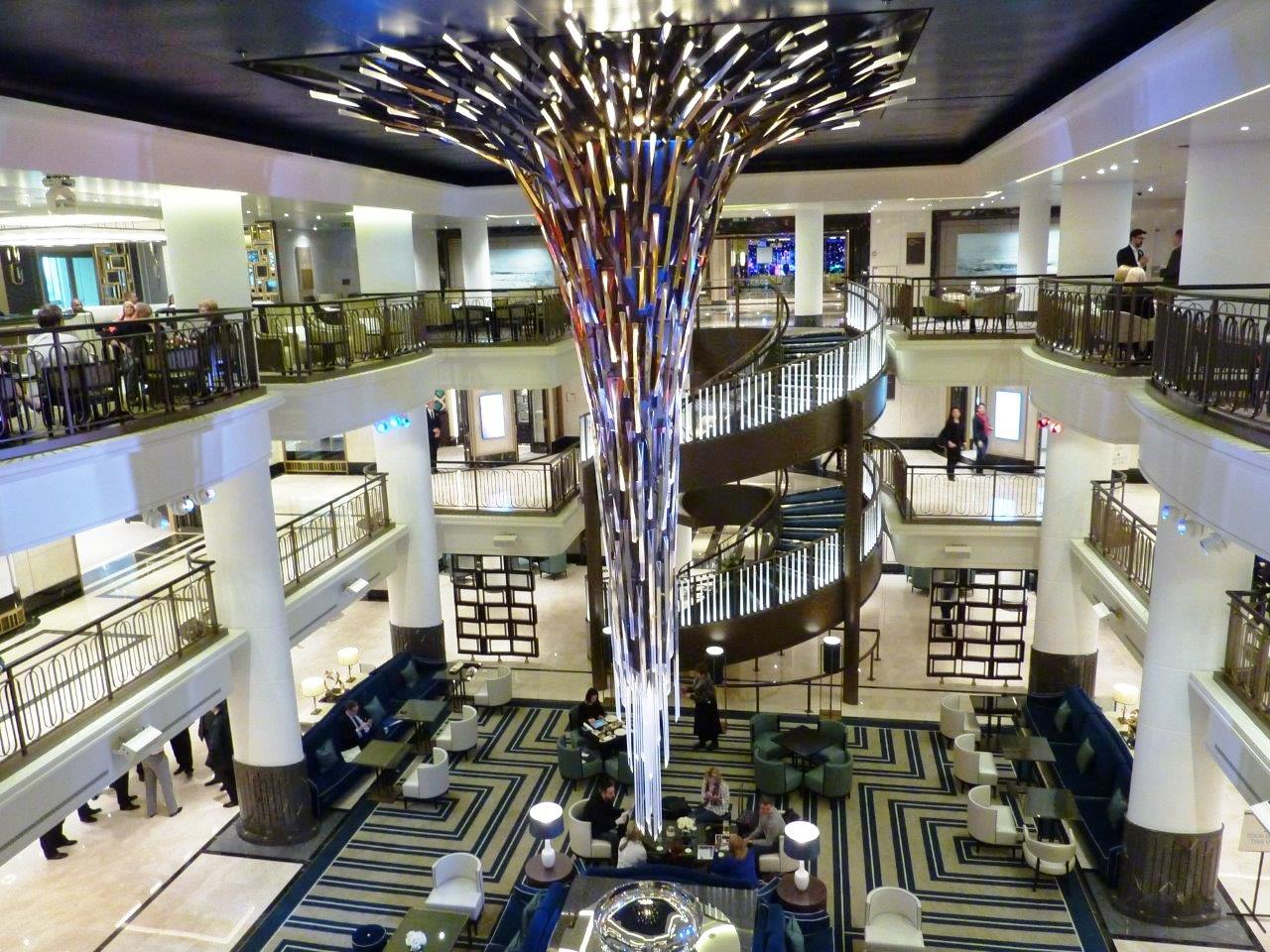 Passport, e-ticket, boarding pass and proof of vaccination all had to be shown. P&O insists that all guests are fully vaccinated, as are the crew. Some thirty minutes later I emerged, ready to navigate the short journey to Gate 4 at the other end of the docks.

By the time I had unloaded the car outside the cruise terminal and left it in the tender care of a car park driver, I had received a text message to say that my test had proved negative. After more showing of documents I was cleared to board P&O’s cruise ship Britannia, the first time I had been back since she was christened by the Queen in 2015.

Life on board was largely as usual but there were a few changes brought about by the pandemic. Inside, I had to wear a mask, except in the cabin and when eating and drinking. That wasn’t so difficult except that if you temporarily left your table for any reason you had to quickly put on a mask to avoid being reprimanded by the crew. I found the only time the mask was a little intrusive was in the theatre, which put on three shows a night to cater for its reduced seating capacity. 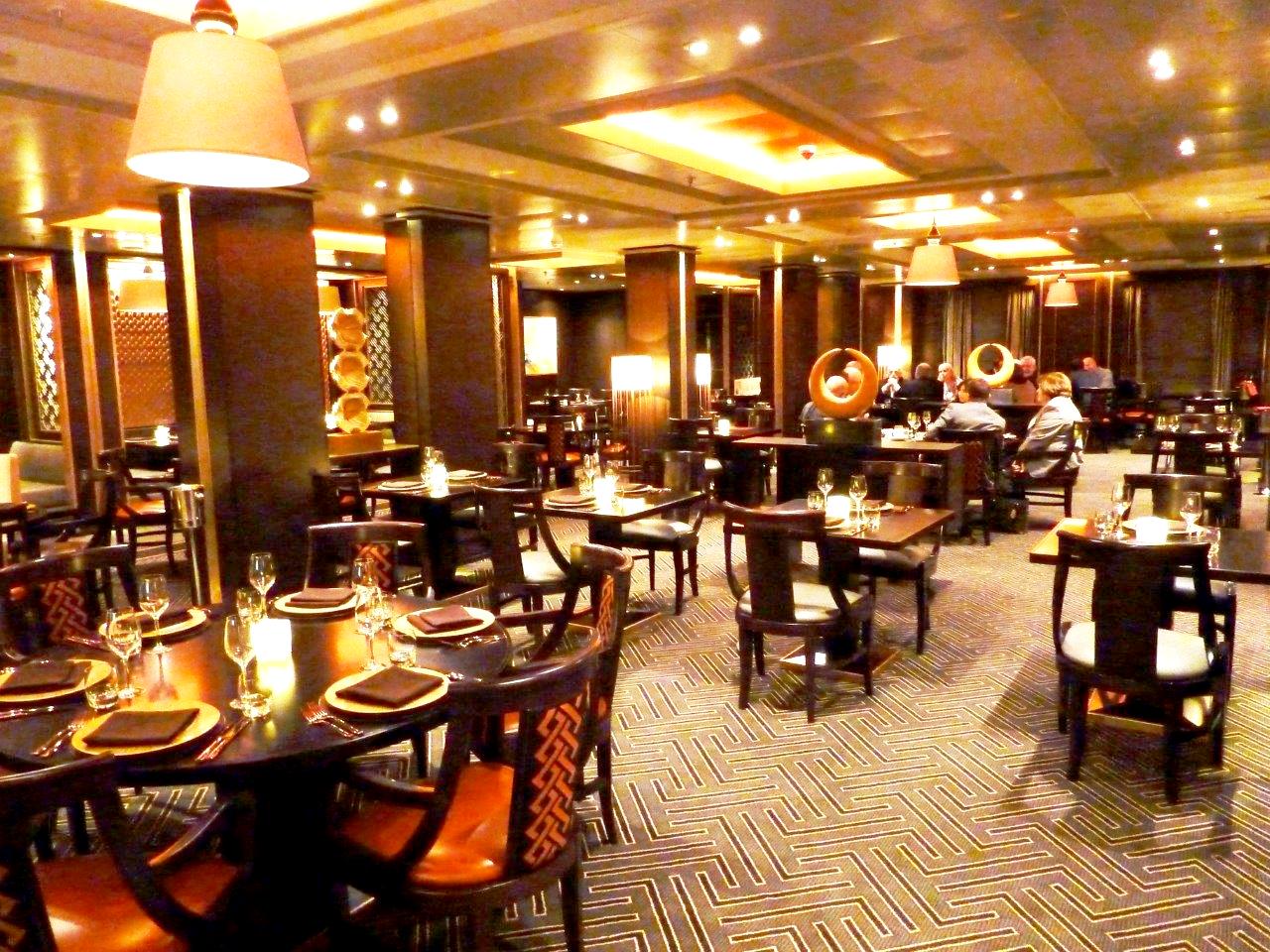 Of course we enjoyed the excellent food that Britannia has to offer, including dinner in the amazing Indian restaurant, Sindhu. Although he is no longer connected with it, the restaurant was founded by Atul Kochhar, the first Indian chef to receive a Michelin star. If you think you know Indian food, then Sindhu will make you think again. 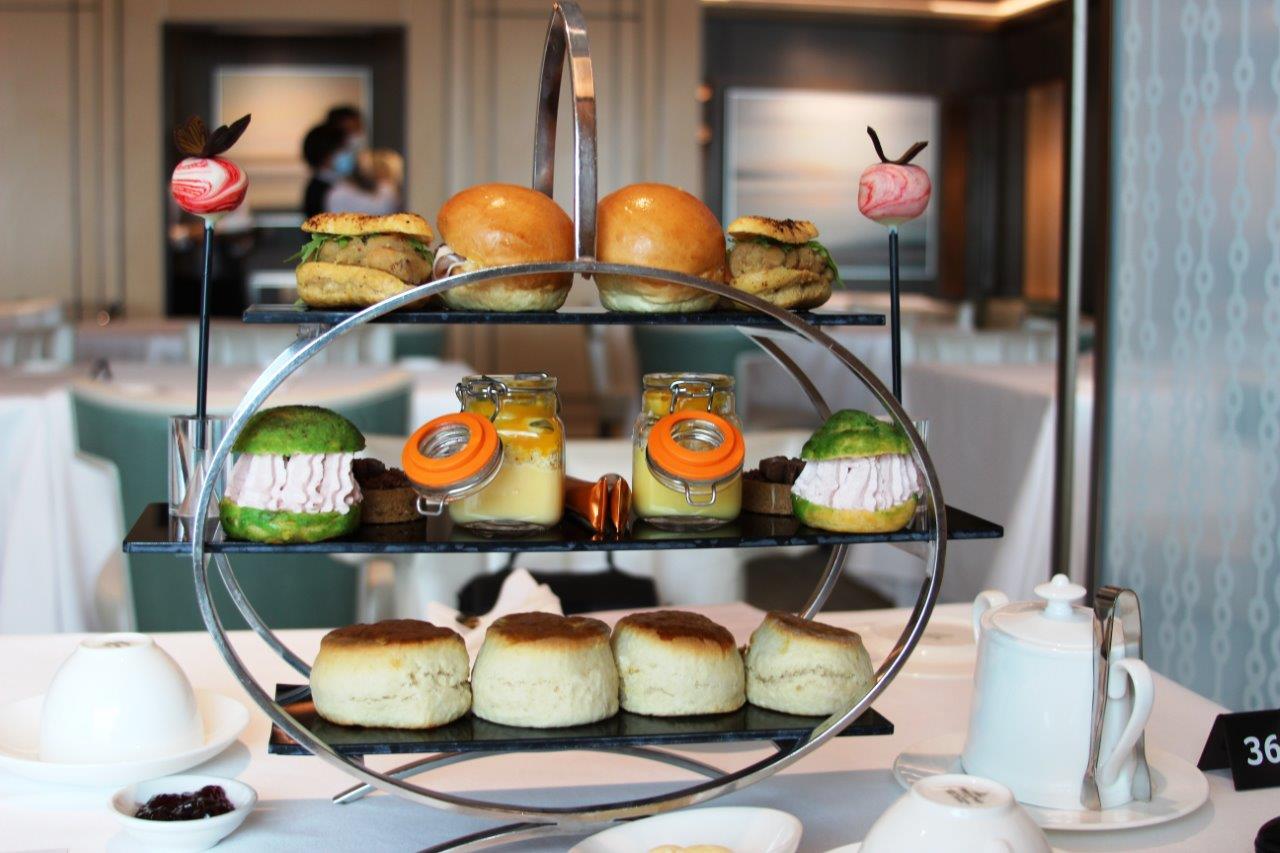 Another gastronomic delight was afternoon tea prepared by master patissier Eric Lanlard. Having trained in France, Eric moved to London aged 22 to work for Albert and Michel Roux, becoming Head Pastry Chef within two years. You don’t get better qualifications than that. If you go to afternoon tea, skip lunch and plan for a light dinner!

The main cruise foodie stand-by, the buffet, was still operating except there were staff on hand to serve you from behind the counters. You only had to glance at a dish to prompt an offer to load some of its contents on to your plate; no change there then. 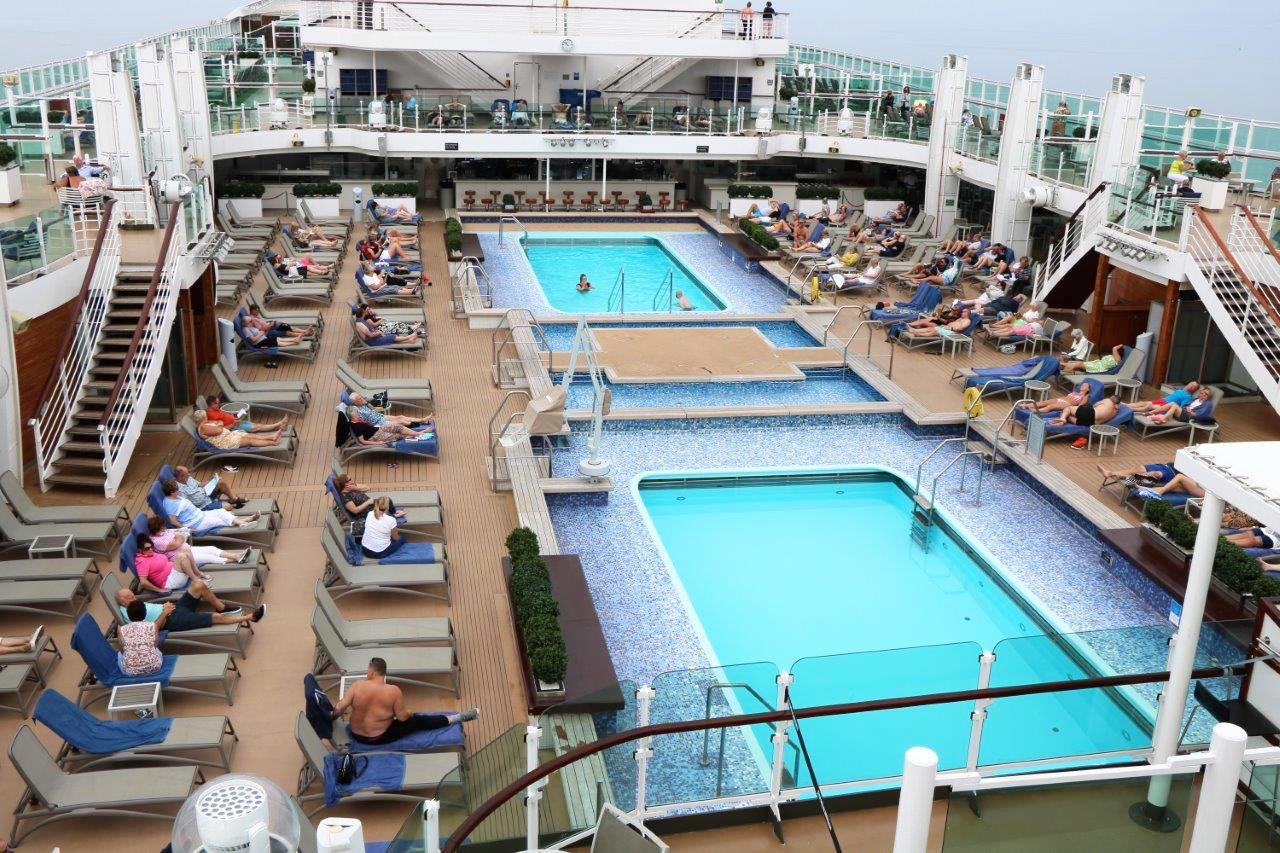 My three night cruise had no ports of call so we sailed gently along the south coast to Devon and back. The weather was kind and during the day many passengers enjoyed relaxing on deck, reading a book – perhaps from the comprehensive library on board, socialising, and swimming. For those not wanting to leave the poolside for lunch, a pizza bar and a burger bar were on hand to keep customers well-fed, and crew were always on hand to get drinks.

There was also a good selection of daytime activities, including art lectures, dance classes, card tournaments and exercise classes. Evenings were taken up with wining, dining and visits to the theatre.

It’s certainly an attractive option compared to an overseas trip or a UK hotel holiday, and for those unsure as to whether cruise life is for them, a good way to dip your toe in the water, in more ways than one!

Until mid-September, P&O is offering a range of UK cruises from three to seven nights departing Southampton. Prices from £249 based on two sharing an inside cabin and include full board and entertainment. For more details of these and all other P&O cruises, go to www.pocruises.com