Kazakhstan, the world’s largest landlocked country, is little known in the UK, yet it’s where tulips, garlic and apples come from, and it’s an amazing mix of ancient and modern

Nur Sultan, the world’s newest capital city, is full of stunning architecture, some designed by our own Norman Foster. Baikonur, the largest and busiest space launch platform, is where the first satellite, Sputnik, was launched, as well as the first man in space, Yuri Gagarin. It is still very active today, launching communications satellites and supplying the International Space Station.

The ultra-modern national museum in Nur Sultan has a jaw-dropping Hall of Gold with thousands of exhibits dating back to the 4th– 8th centuries BC. They are in wonderful condition, so much so that the Hall is reminiscent of a vast Bond Street jewellers. Exhibits even include a gold suit of armour.

It’s difficult to visit Kazakhstan at the moment but now there’s a chance to sample some of the unique artefacts from this fascinating country here in the UK, thanks to an exhibition put on in co-operation with Cambridge University.

Over the last three years, Kazakh archaeologists have continued to discover numerous items, and the exhibition centres on finds from burial grounds of the Saka people from Eastern Kazakhstan. It brings together archaeological finds and research from three different burial complexes in East Kazakhstan: Berel, Shilikti and Eleke Sazy. 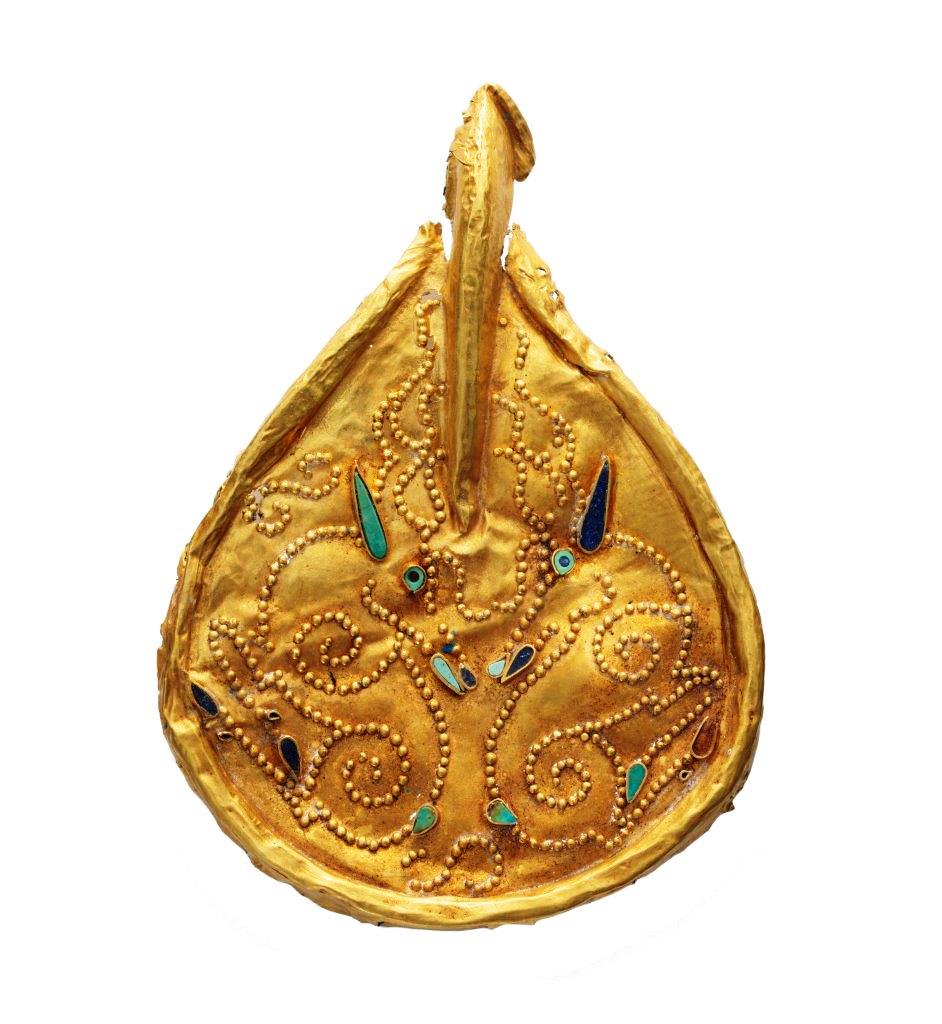 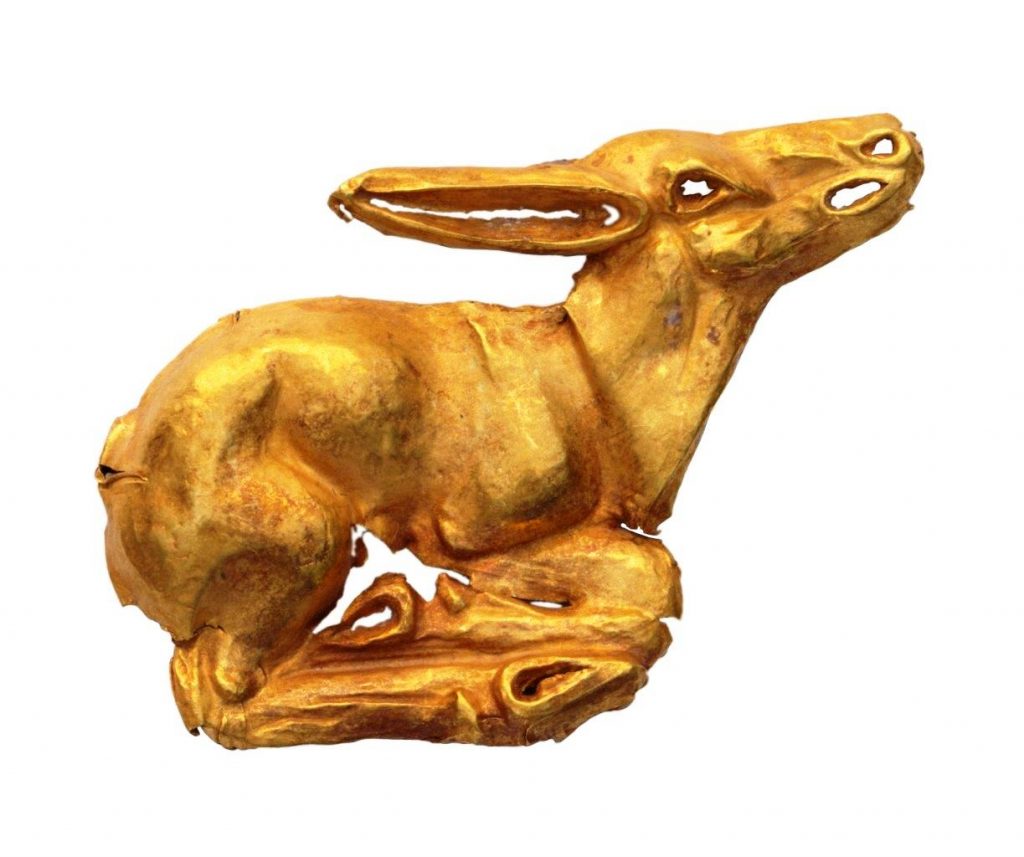 One grave is that of a male teenage archer around 18 years of age, who was buried with a younger female relative. Her grave was looted, but due to a rock fall, his grave remained intact and undiscovered for over 2,500 years.

Whilst the Saka people were bold warriors, the unearthed artefacts reveal the Saka as a highly-skilled people with an advanced understanding of design, intricate engineering and technology. They were able to produce wonderful artefacts such as decorative gold micro-beads, just 1 millimetre in diameter, to be sewn onto clothing, and sophisticated weapon-belt attachments that were hinged to absorb the movement of weaponry while in motion on horseback.

The many items on show include a bejewelled gold dagger sheath, four-leaf clovers with tiny button-holes for sewing them onto garments, dove headdress plaques in the shape of two birds, a number of deer plaques and a pear-shaped bejewelled decoration from a bow case.

Luke Syson, Director of the Fitzwilliam Museum, said, “It is hugely exciting to be announcing the loan of these incredibly important, recently discovered gold artefacts this autumn.”

Kazakhstan’s Ambassador to the UK, H.E. Erlan Idrissov added, “In the coming few months, we will celebrate the 30th Anniversary of Kazakhstan’s independence and the 30th Anniversary of the establishment of a diplomatic relationship between Kazakhstan and the United Kingdom. I find it very timely and appropriate that the Gold of the Great Steppe exhibition is coming to one of the best UK museums at such an auspicious time.”

Gold of the Great Steppe runs from 28 September 2021 to 30th January 2022 in the Mellon and Adeane Galleries at the Fitzwilliam Museum. Entry is free but tickets must be booked in advance. For more information, go to fitzmuseum.cam.ac.uk

A QUARTER OF OVER 50’S NOT FINANCIALLY PREPARED FOR RETIREMENT
Ryan Beal September 20, 2021