Afternoon tea has long been a British tradition which we have enjoyed since the 1800’s. A new study has revealed the best tourist spots in the UK for afternoon tea, based on customer data, including Glasgow, Dorset and Manchester.

Comprising of delicate sandwiches, sweet pastries, cakes and of course scones with clotted cream and jams us Brit’s love to delight in this treat of tea and a new study have uncovered where in the UK is best tourist spots are to grab yourself a slice of this British ritual.

The research also shows the average price of afternoon teas in the North versus the South, as well as the most popular menu items, according to available menu data.

With more Brits going on staycations than ever, and the nation’s love for the quintessentially British treat, the study looks to name tourist destinations’ best afternoon tea rooms around the UK – including Dorset, Manchester, and Liverpool.

The research reveals that on average Dorset is the best tourist location to indulge in the sweet treat, with tea rooms in the area averaging out to show the highest customer reviews. 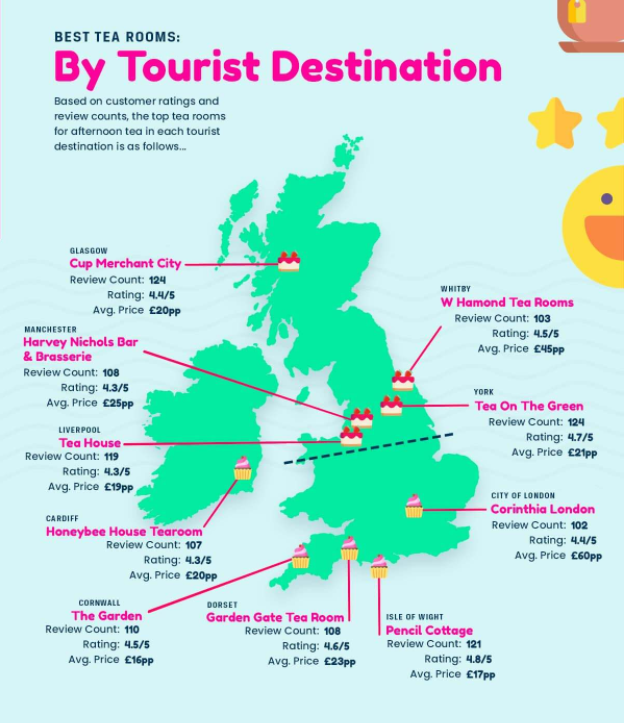 Meanwhile, for those looking to holiday in the North, it’s the W Hamond Tea Room in Whitby which has been named the best tearoom in the UK – scoring a 4.5/5 rating according to TripAdvisor data.

Other UK tourist destinations which serve the indulgent British tradition include Glasgow, where the Cup Merchant City serves the best spread according to customer reviews, and York, where customers rave about the sweet treats at Tea on the Green.

Down South, The Garden in Cornwall has been named home to the best value afternoon tea, while at the other end of the scone scale tourists can find the most luxurious afternoon tea at The Corinthia London.

When it comes to the North South divide, it’s the North who takes the clotted cream crown, scoring an average tearoom popularity score of 2, compared to the South’s 1.

The popularity score was calculated based on the number of customer reviews left, the average rating across each review, as well as the relevance of afternoon tea menu items across the cumulative reviews and ratings, and the average price.

The study also looked at available price data across the top tea rooms and found that the average price for an afternoon tea in the UK is £27 per person. In the North, it was higher at £28pp, while the South matched the average at £27pp.

Debate is rife amongst Brits on what constitutes a proper afternoon tea – is it cream first scones or jam, and should it be strictly cups of tea on the menu? 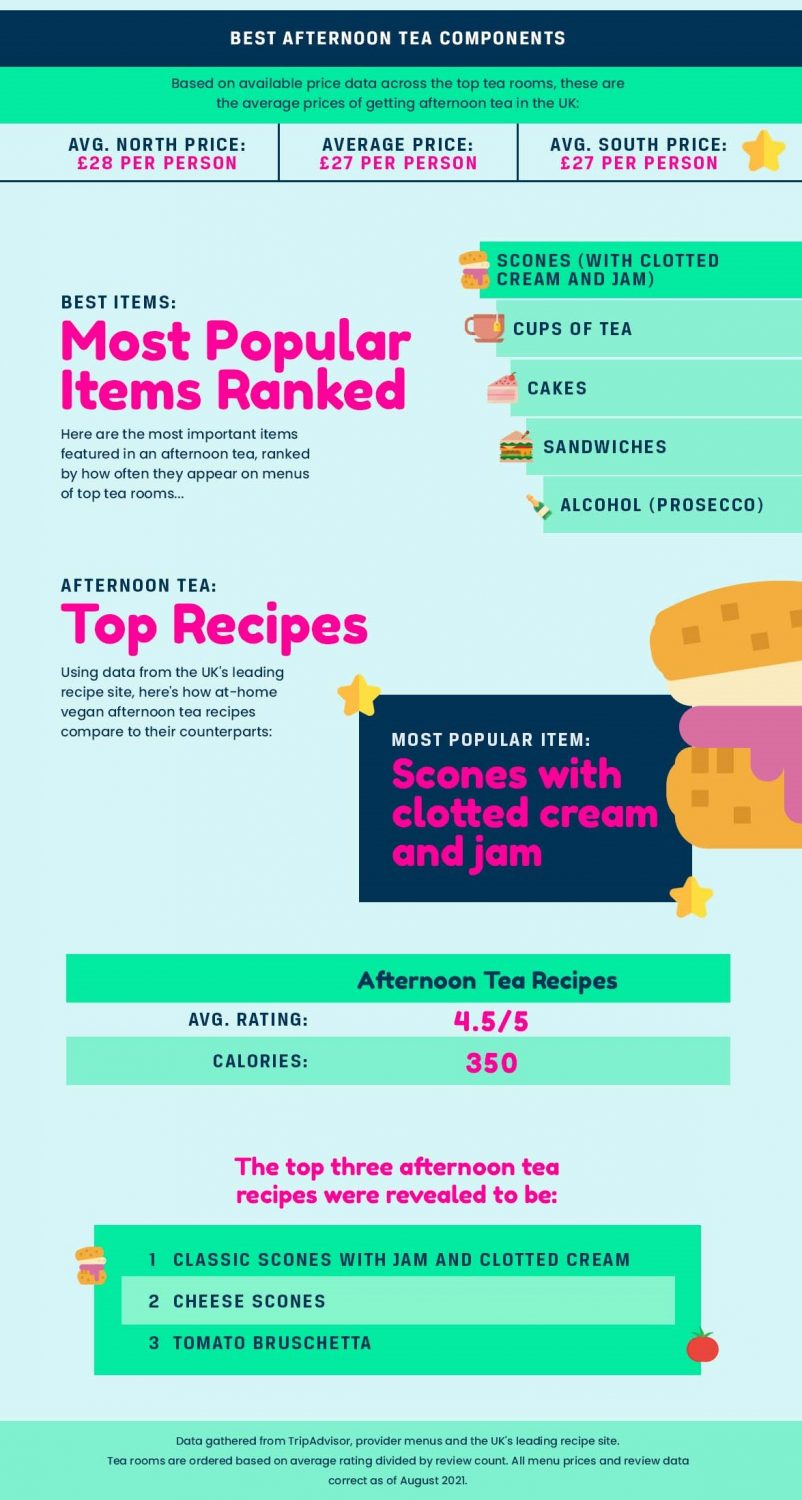 According to the study, which ranked items by how often they appear on menus, the topmost important afternoon tea items included scones (with clotted cream and jam), cups of tea and cakes.

Shannon Keary, Digital PR Manager at Dorset Coastal Cottages, commented on the study: “With the hit that many local businesses have taken over the last year, it’s really encouraging to see that Brits are still actively supporting tea rooms and shouting about them online.

“With staycations at an all-time high this year, now is a great time for people to explore different parts of the country and enjoy a quintessential part of British culture – whether you think that scones should be topped with jam or cream first!”

The Tourist Tr-eats study also looked at the top recipes for Brits looking to make their own afternoon tea, where classic scones with jam and clotted cream proved to be the favourite amongst home cooks.

To see the full results of the review visit

Previous Article
HARNESS THE POWER OF PLANTS: FIVE HERBS AND PLANTS THAT WILL MAKE YOUR SKIN GLOW
Next Article
CAMBRIDGE EXHIBITION OF ANCIENT KAZAKH GOLD